Recent political science literature has made an exhaustive study of civil war violence, especially concerning the causes of such conflicts. Often, two different approaches prevail: the first focuses on macro variables and cross-country (and cross-time) analyses, the second on thorough within-case analysis and attention to various mechanisms and processes. This study is an attempt to blend insights from both approaches. By building and analyzing a dataset of major violence-related variables collected at the local level during the 1992-1995 war in Bosnia-Herzegovina, we have three main goals. First, a shift from a cross-country to within-country analysis. While this has limits in terms of inference, it also makes it possible to reduce many of the theoretical and methodological shortcomings of macro-analysis. Second, a shift of this kind makes it possible to establish a connection between macro-variables and other processes/mechanisms, as it becomes easier to observe what the indicators selected for various variables stand for and what they actually measure. Third, a shift from the analysis of the causes of civil wars to the dynamics of violence in such conflicts, that constitutes an important topic of research only recently tackled by political science literature. 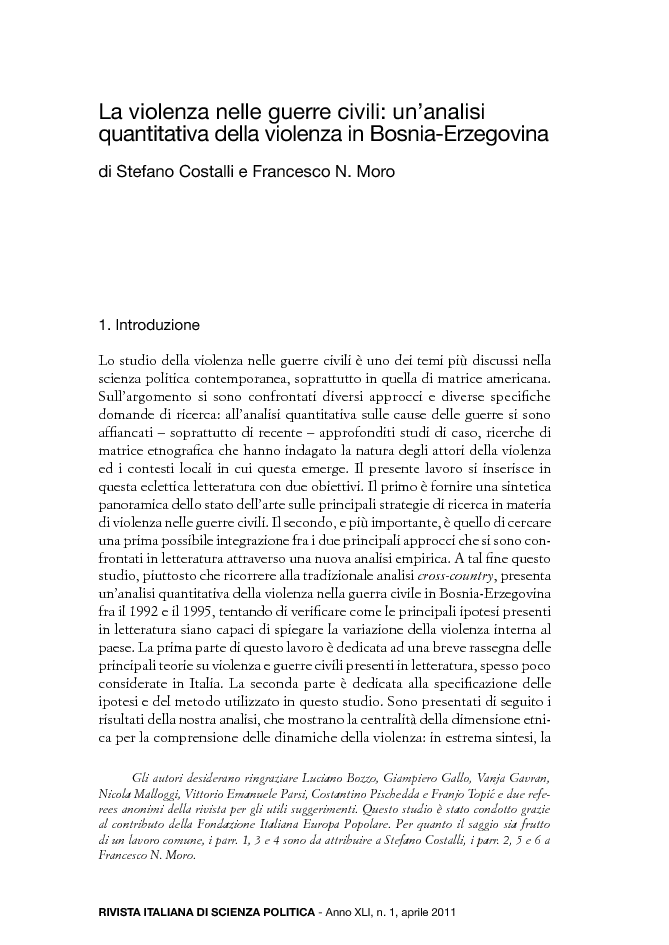