In this focus article the book "Making Social Sciences More Scientific" by Rein Taagepera is discussed. The book proposes an innovative approach to quantitative modelling, the «quantitatively predictive logical modeling». In the first contribution, the originality of this approach is discussed, through a comparison with three traditional methodological perspectives: qualitative research; rational-choice modeling; empirically-oriented quantitative research. Then, the potential of Taagepera's approach is evaluated with respect to the problem of the relationship between concepts and signs. In this regard, the non-linear, theoretically-driven construction of mathematical models advocated by Taagepera could provide a far more accurate operationalization of the conceptual models developed in the social sciences, which often feature non-linear relationships. Finally, the possibility of integrating Taagepera's suggestion with the traditional quantitative approach - based on the generalized linear model - is discussed, by pointing out potential problems and possible solutions. In the second contribution, Taagepera's critique of the prevalent approach to quantitative analysis of social phenomena is illustrated and commented, along with his proposal to adopt quantitatively predictive logical models as the basic analytical tool of the social sciences. Then, it is argued that, though based on sound arguments, Taagepera's critique of generalized linear regression models is somewhat too severe, since it overlooks some of regression's analytical best strengths. 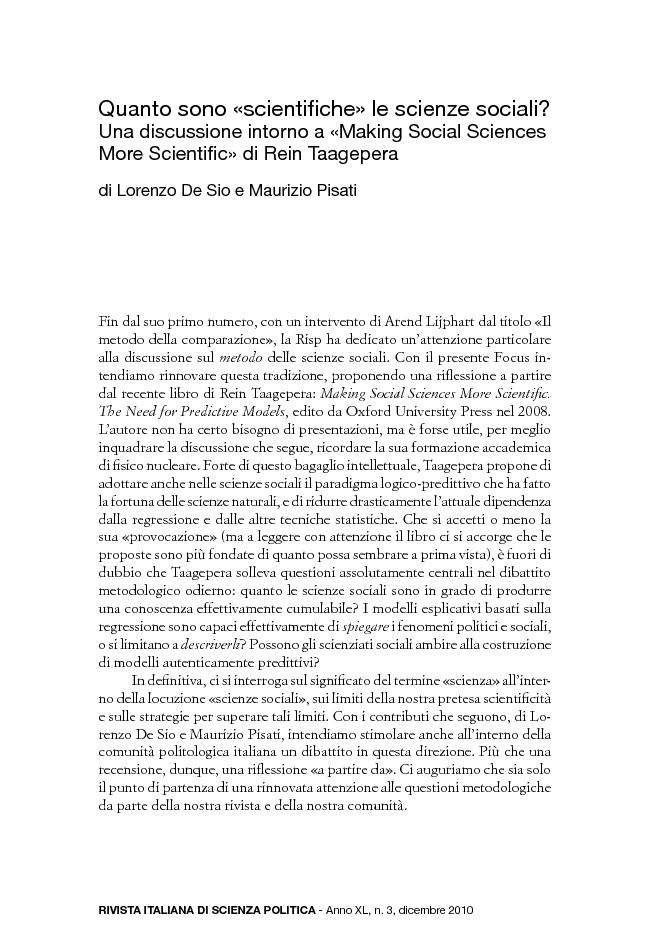