Lebanon is often considered the unique country in the Arab world that witnessed some form of democracy. Confessional conflicts and the long civil war have revealed the instability of «Lebanese democracy» but, at the same time, its everlasting endurance that prevents authoritarianism. One of the most interesting interpretations of this phenomenon is Lijphart's model of consociational democracy focusing on the role of élites. The consociational model works in Lebanon since its independence (1943) to the outbreak of the civil war (1975) and with some important modifications, it has been re-established during the Lebanese Second Republic (from 1989 until today). The founding elements of those periods are the various national pacts (1943, 1898, 2008) that contributed to the development of a system based on the balance among confessions. The civil war had modified the basis of the 1943 National pact and those of the consociational model. However, in the post war period, Lebanon adopted a new formula that was, again, clearly inspired by consociativism. The new consociational model is less flexible both at the institutional (troika system) and the social levels and increased confessional divisions thus preventing the attainment of any compromise among communities, which could guarantee a political equilibrium. Paradoxically consociativism has been institutionalized and transformed in a sort of «communitarized constitutionalism», a system that perceives fragmentation both insuperable and fundamental. 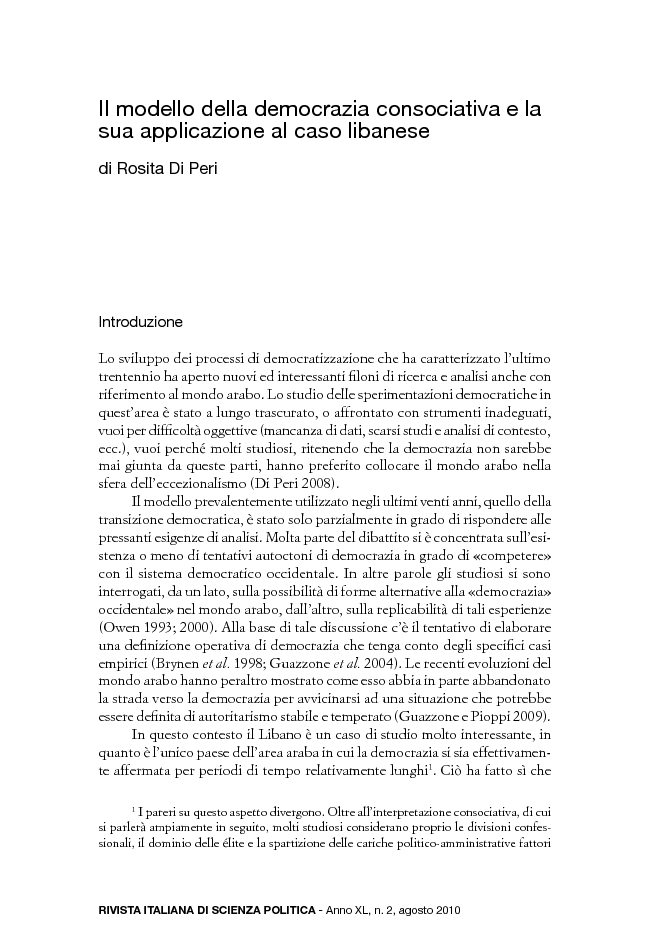