The aim of the paper is to explore the process of the EU democracy promotion in Serbia, showing how the low quality of democracy established and the crisis in the EU-Serbian relationship in the 2008 were both product of the parallel process of anchoring and de-anchoring of Serbian democracy into the EU hub. The interests and strategies guiding the EU norm promotion in Serbia interfered with the domestic factors in a manner to exercise the systemic influence that modelled the domestic actors' preferences and short-term strategies. Such influence was strongest on the central actor of the party system who, drawing benefits from both the EU's intervention and the dynamics of polarized pluralism type of Serbia's party system, was strongly encouraged to change its preferences in both the democratization process and in the country's foreign policy, shifting from being a pro-democratic, pro-EU actor to being a fake change agent and pro-nationalist, anti-EU party. The paper highlights the undesired, unpredicted systemic effects of the external rule promotion, drawing important lessons for the international actors involved in the democracy promotion efforts from Serbia's case. 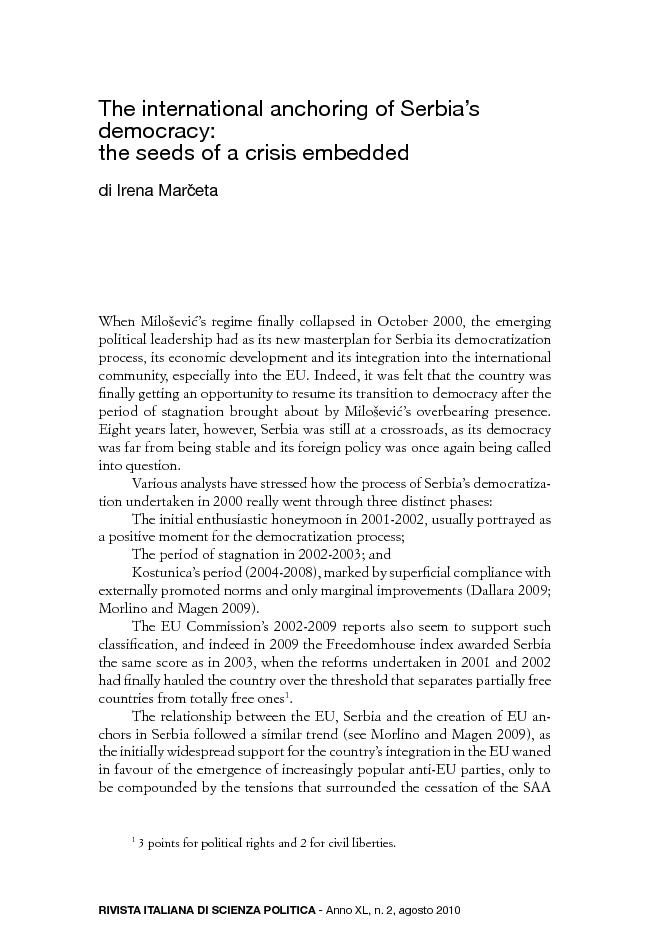