The article provides an in-depth survey about the socio-political profile of the participants to a medium scale deliberative experience in Italy. It deals with the Electronic Town Meeting (ETM) promoted by the regional Government of Tuscany in late 2006, aiming to involve the ordinary citizens in the drafting of a law about participation in public decision making. The adopted selection procedure, on a voluntary base, seemed not congruent with the institutional communication about the event, which stressed a wide representation of Tuscan citizens. The main findings of the questionnaire show that ETM intercepted a very politically homogeneous public, weakening the deliberative quality of the whole process. The participants, in addiction of being strongly politically active, had also a great commitment within the local red political subculture, both in the conventional and non-conventional forms of participation. In contrast with the limited deliberative value of this experience, ETM and related policy process played an important political function for the political class, putting at stake a mix of symbolic and structural resources. This new selective policy arena provided to the government the means to sew up and strengthen the relationships with those subcultural political components which recently had differentiated its political demand in the oppositional public sphere. 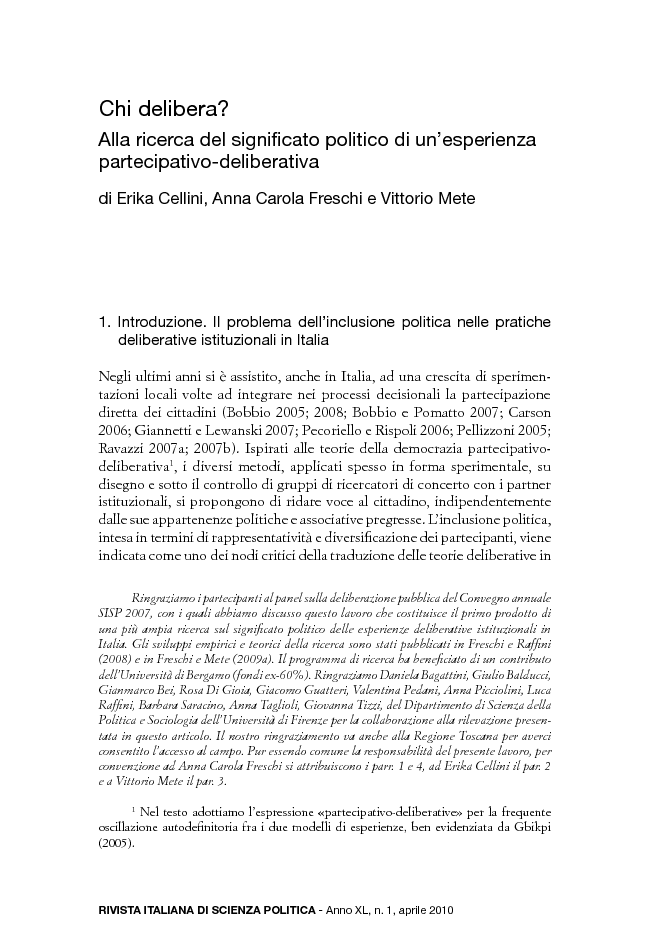