The article analyses the progress of democratisation in four former soviet countries (Russia, Belarus, Moldova and Ukraine) in comparative perspective. After the 2004 enlargement of the European Union these countries became the new Eastern neighbours of the EU. However, transition to democracy did not speed up in the area, despite the influx, pressures and support of the European Union. So, it seems the ability of EU to diffuse democracy is strictly linked to the perspective of membership for the democratising country. Then, to understand democratisation or transition to new authoritarianism in these countries and the reason of the different paths followed by each of them, the internal actors and dynamics result crucial. In particular, there are three different processes to consider explaining why Belarus remains a dictatorship, Russia is returning to be an authoritarian regime, and Moldova and Ukraine remain hybrid regimes. The three processes are the interaction between political and economic transition, the institutional structure resulted by these transitions and the way in which new political and social actors (workers, entrepreneurs and oligarchs, interest groups, media, NGOs) appeared or changed their characteristics in these countries since the collapse of the Soviet Union. 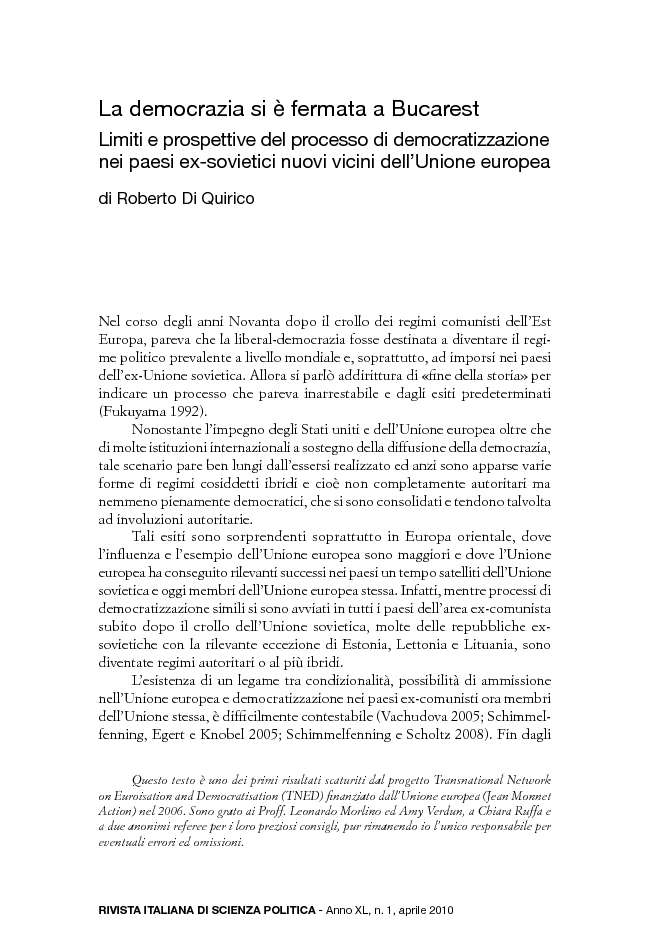