Sarkozy's presidential large success in 2007 has raised a debate about the specificity of the phenomenon. As far as electoral process is concerned, the paper argues that Sarkozy's success is related to the scope of the mobilization and his capacity to unify the French right. Electoral mobilization can not been understood without taking in account party mobilization and UMP members recruitment. Thanks to a members survey carried out in November 2004, the organizational and social features of recruitment are analyzed. UMP membership is not only flexible but related to electoral and presidential contexts. Compared to socialist membership, UMP social selection is not stronger; moreover, UMP happens to be better rooted in the categories of employees and more classically in the catholic world and the private sector. Globally, party mobilization gives clues in order to understand electoral mobilization. In terms of party system, Sarkozy's phenomenon can be analyzed as part of a bipartisan dynamic. Electoral changes and the distribution of legislative seats attest that French dynamic is moving towards an increased domination of the two main parties. In 2007, Sarkozy has succeeded unifying a large part of the French Right even though part of the electorate has resisted to this attempt. 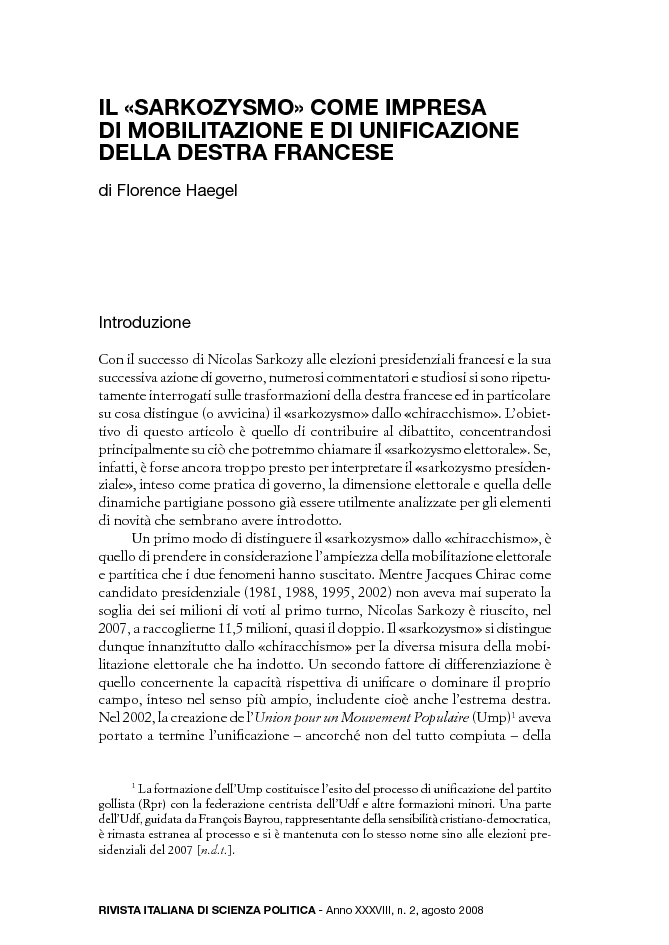