The text outlines the evolution as well as the coincidence of the two notions of Representation and of Participation in their political aspects. The argumentation starts with an historical and political excursus of the receipt of the concept of «democracy», positively shared/acknowledged only in the Modern Age. Also concerning Representation, the paper follows its historical developments in order to underline the differences among the ideas of fiduciary representation, task and sociological representations. Starting from the relationships between the forms of political representation and «bottom-up» participation, the topic of quality of democracy emerges. By the way, if representation processes exclude the idea of direct participation, new ways of expressions are opened to citizens with expansion of the right to vote and social and political associations. The reason why people want to participate to political life can be highlighted by stressing two concepts of participation, the instrumental and the symbolic ones. Since in this context the parties (above all the mass-ones) set up a clasp between society and its institutions, they are called to answer to the instances of accountability and responsiveness which nowadays represent a topic point in the «democracies of disaffection». 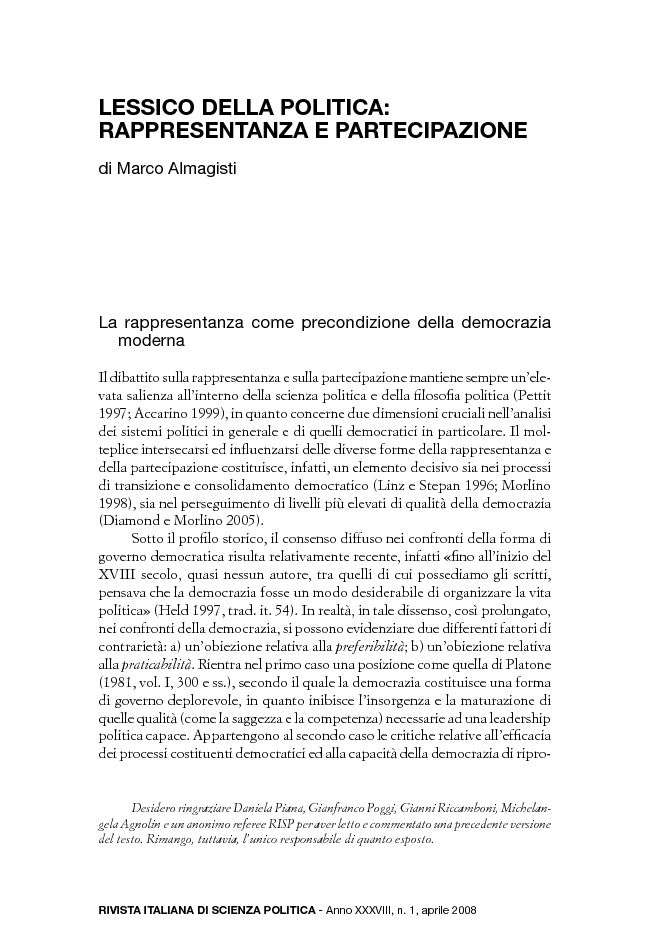