According to the theory of the spiral of silence, in deciding whether to speak out on a public issue, a person may consider the proportion of previously expressed opinions that are the same as his. I apply this idea to a deliberative context. In particular, I develop a threshold model of collective action to analyze the dynamic of two groups of actors with heterogeneous opinions regarding the issue discussed. Two general classes of stable equilibria are found: in the first one only one of the two opinions is expressed; in the second one a (deliberative) dialogue becomes possible. The consequences of these findings for the theory (and the practice) of deliberation are discussed. At this regard, three rules that allow to reach a stable equilibrium of dialogue, even under the least favourable circumstances, are introduced. Contrary to the common view, each of them imposes some limits to individuals on the possibility to express their own opinions. The risk of external manipulation of a deliberative process - given the presence of multiple equilibria - is finally stressed. 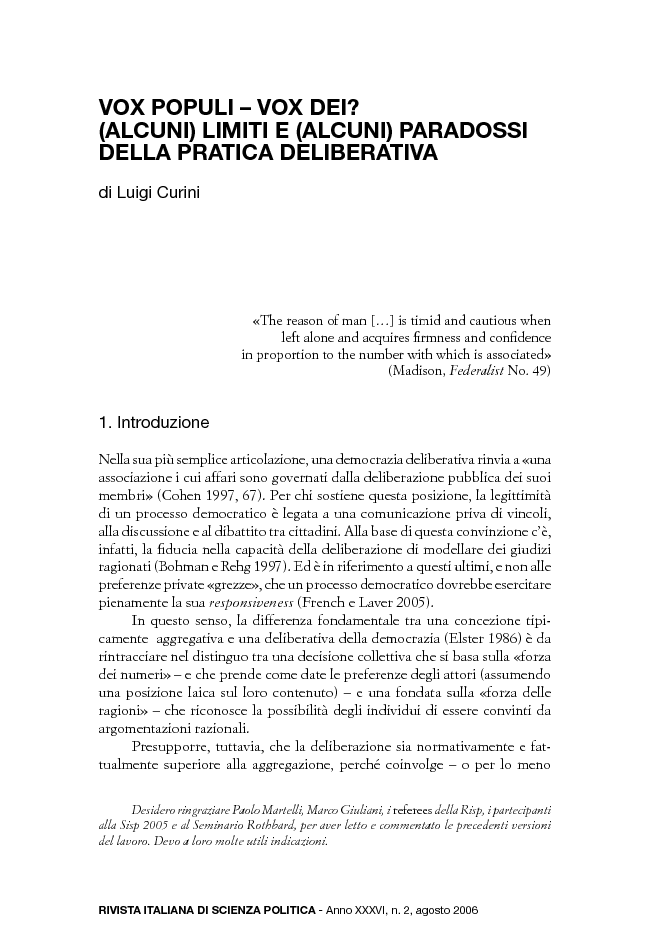