This article analyzes the contribution made by Herbert Simon to political science. The author argues that the cornerstone of Simon's thought, the notion of bounded rationality, exerted a remarkable influence on several subfields of political science, especially on the theory of public administration and on the studies of electoral behavior. Two bodies of research that are now much influential in political science, new-institutionalism and political cognition, have both originated from Simon's reflections on how human beings go about solving problems and making decisions. Simon's notion of bounded rationality should be considered as one of the most radical challenge advanced against the imperialism of rational choice theory in the social sciences. It actually consists of an alternative paradigm focussing on people's cognitive processes and stressing the importance of detailed empirical research. Without understanding how people think and how they arrive at the decisions they make, Simon taught us, we cannot explain any economic, political, and social phenomenon. All things considered, this is Simon's major legacy. 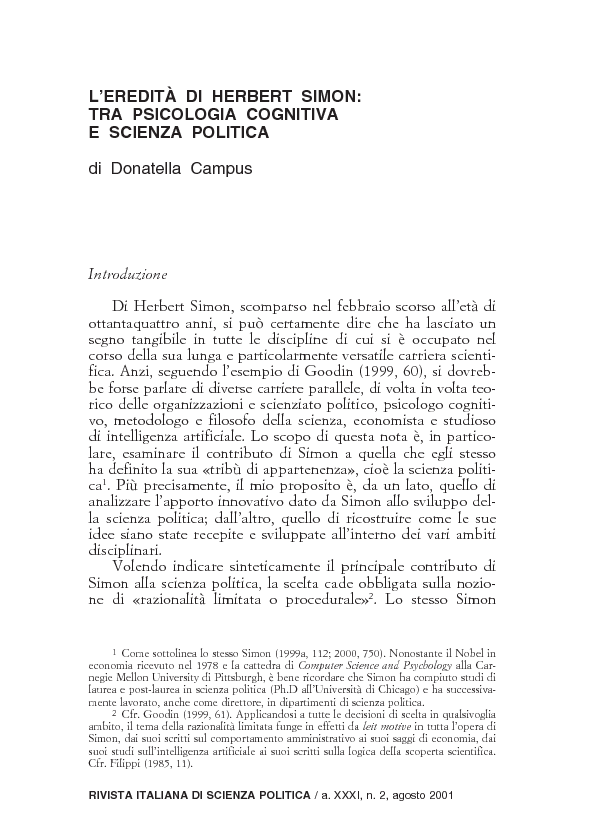