In this article the author discusses the result of the last European elections in Italy, with a strong emphasis on the increasing political disaffection of the Italian electorate. Since the last decade, in fact, the role played by political attitudes and behaviours in the building of a personal identity is becoming less and less important for the vast majority of the people. The analysis of the last elections highlights four peculiar elements: the growth of parties whose success depends on their leaders (Berlusconi, Prodi, Bonino); the increasing confusion in the political world, that leads voters to have uncertain electoral preferences; the increase of electoral volatility; the increase of the non-voting area (abstentions, "spoiled papers" and blank papers). The results of the 1999 election reveal a possible contradiction: while the new electoral system tends to simplify the political-electoral picture in a bipolar sense, the fundamental tendencies of the electorate seem to be moving in another direction entirely. Never before has the fragmentation of electoral choices been so marked. When the Italians have to choose a party, and not a coalition, their choices are shown to be much more uneven than in the past. Above all, these fragmented choices are combined with increasing electoral volatility. 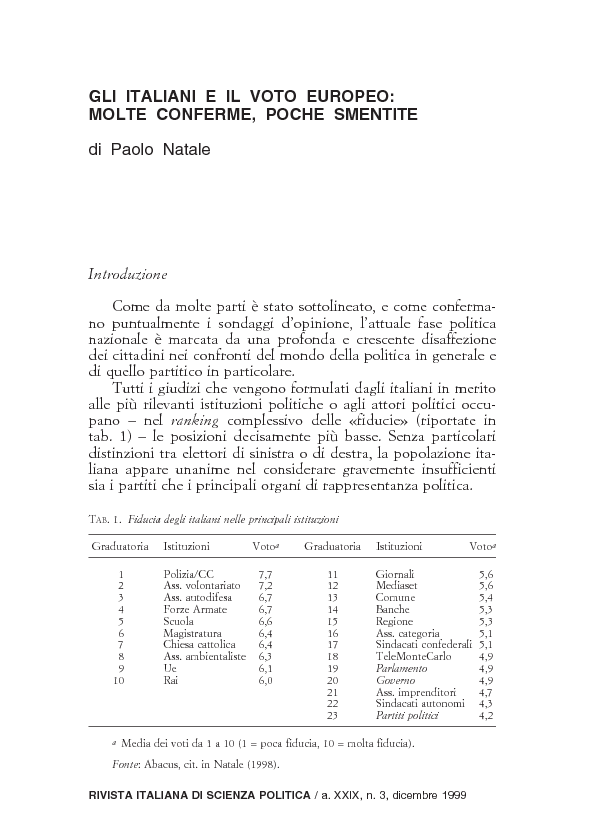