The role of expertise in European public policy has become the object of a passionate debate. On the one hand, it has been argued that knowledge, in various guises, can foster learning, enlightenment, problem-solving attitudes, and policy change. On the other, the public policy of the European Union (EU) is in the firing line because of its technocratic bias. However, what is meant by technocracy in the case of the EU? How can political scientists be fascinated by the positive input of knowledge, and, at the same time, horrified by technocratic policy-making? The aim in this article is to tackle this puzzle by suggesting a conceptual framework. Concepts such as technocracy, epistemic communities, and bureaucratic politics refer to different modes of the politics of expertise. Empirically, they should be contrasted with the logic of politicization. Case studies discussed in this article suggest that the power of expertise is being counterbalanced by a process of politicization. The conclusion is that the main challenge is neither to preserve an unattainable de-politicized Union nor to assume that politicization will tame technocracy, but to make expertise more accountable in an increasingly politicized environment. 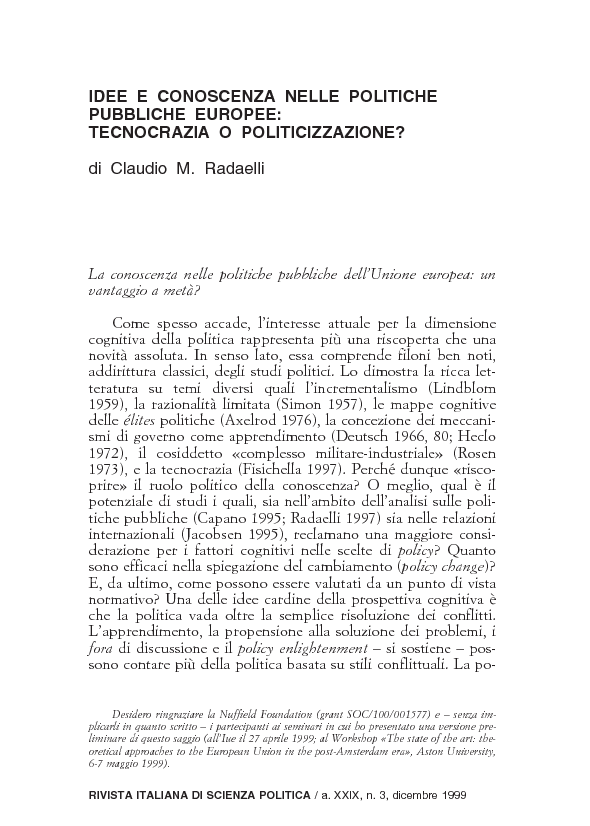