Throughout the ranks of affluent democracies, social policies are at the center of political discussion and social conflict. In a context of permanent austerity, the contemporary politics of the welfare state takes shape against a backdrop of intense pressures for welfare retrenchment and enduring popularity. Even strong supporters of the welfare state may come to acknowledge the need for adjustement, and even severe critics may need to confront the political realities of continuing popular enthusiasm for social provision. Thus in most of the affluent democracies, the politics of social policy centers on the renegotiation, restructuring, and modernization of the terms of the post-war social contract rather than its dismantling. Furthermore, the politics of welfare state restructuring varies according to the specific world of welfare capitalism (liberal, social democratic and conservative), and according to the specific countries within a same welfare regime. Finally, starting from the perspectives of prominent actors in the reform process, change occurs along three dimensions: re-commodification, cost-containment, and modernization. Each constitues a potentially important dimension of welfare state restructuring, and particular combinations of the three dimensions take place within each welfare regime in peculiar ways also linked to electoral incentives and institutional stickiness. 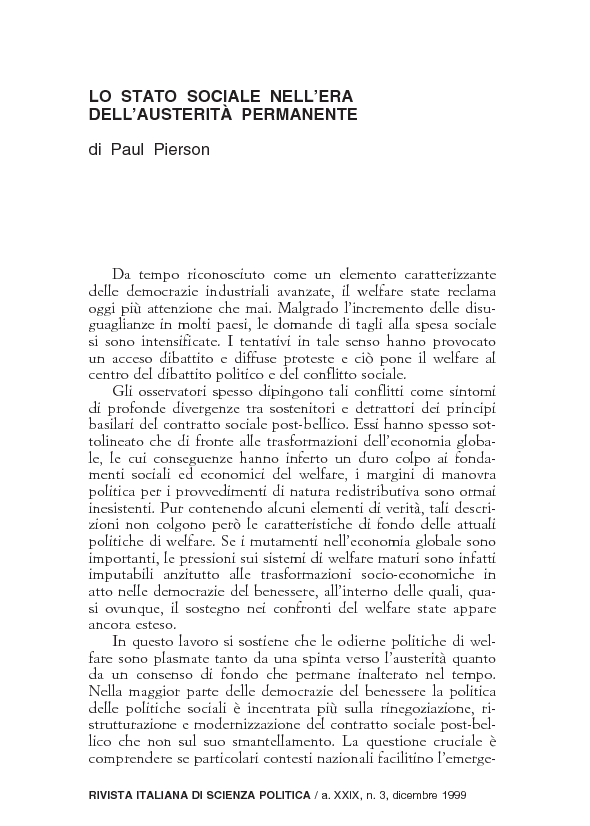