Globalization and Europeanization represent challenges not only to national economies and institutions but also to national legitimating discourses. This paper first outlines the theoretical requirements for such discourse, by considering it along two dimensions: ideational, which encompasses cognitive and normative functions, and interactive, which encompasses coordinative and communicative functions. The paper illustrates these through empirical discussions of the post-war construction of discourses in France, Britain, and Germany. It then explores how the concepts of Europeanization and globalization have entered national discourses, and finally examines how the discourses have responded to the challenges to traditional conceptions of economic organization, social welfare, and political democracy from European and globally-related economic and institutional changes. The paper concludes that while France remains in search of a legitimating discourse, Britain is in the process of renewing its Thatcherite discourse, and Germany is in the process of recasting its postwar liberal socialdemocratic discourse. 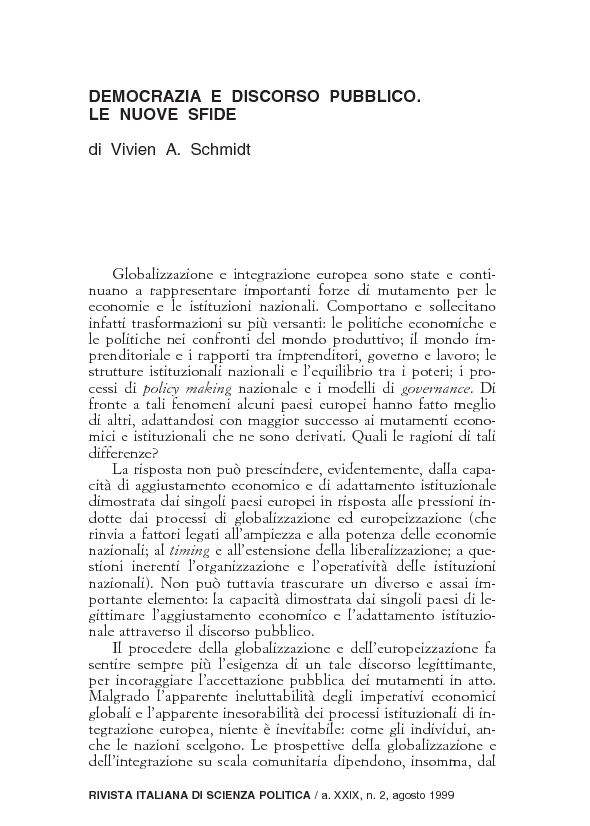