This paper will develop three themes. First, the author shows that the democratization, federalism and nationalism literatures have been developed in relatively mutual isolation and that we can make more meaningful and powerful statements about comparative federalism if we relate the three bodies of literature to each other. Second, Stepan demonstrates that all federal systems constrain the law-making capacity of the democratically elected legislators at the center. However, he argues that it is analytically and politically fruitful to study democratic federal systems as existing along a demos-constraining to demos-enabling continuum. The author also makes a strong case that at all points in the continuum federal institutions can have a great impact on policy. He cannot develop these arguments without directly addressing and confronting the most influential political scientist who has written on federalism, the late William H. Riker. Riker's classic and still influential arguments about federalism stand in fundamental opposition to those advanced in this paper. Once these conceptual and methodological debates about federalism have been addressed, in the third part of the paper, the author constructs and operationalizes the analytic framework of the demos-constraining continuum by evaluating four propositions about federalism, using data from India, Germany, Spain, the United States and Brazil. 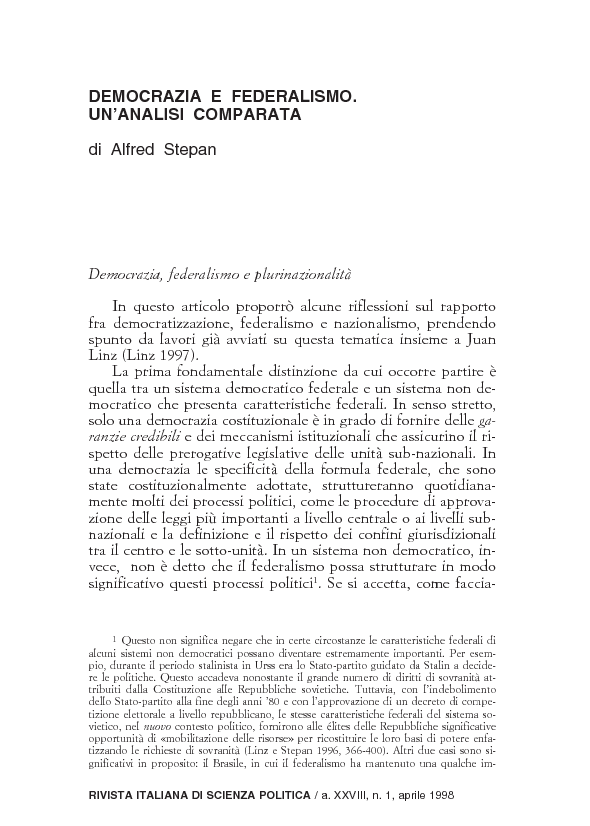