Issues related to "post-national democracy" are most clearly delineated in the context of a politically and economically integrating Europe. Post-national democracy in Europe should be conceptualized as an ongoing evolutionary process of democratization, with institutional arrangements being the contested focal point of that process. The absence of a "demos" will not stop the demands for greater citizen involvement in the governance of the European Union, an involvement which would increase the EU's legitimacy. The EU's lack of a common political community, however, will prevent it from developing a traditional "government". The EU therefore will be characterized by governance without the kind of government found in national democracies. Nonetheless, an original executive institution will be constructed. The executive of the future will carry out many (but not all) of the key functions of an executive without, however, benefiting from the kind of legitimacy which national government executives enjoy. In institutional terms, the character of the executive will render European post-national democracy distinctive, and the electoral link between the citizenry and that executive will be the most contested issue as democratization proceeds. Institutional originality and innovation are likely, therefore, to continue to characterize the process of European integration. 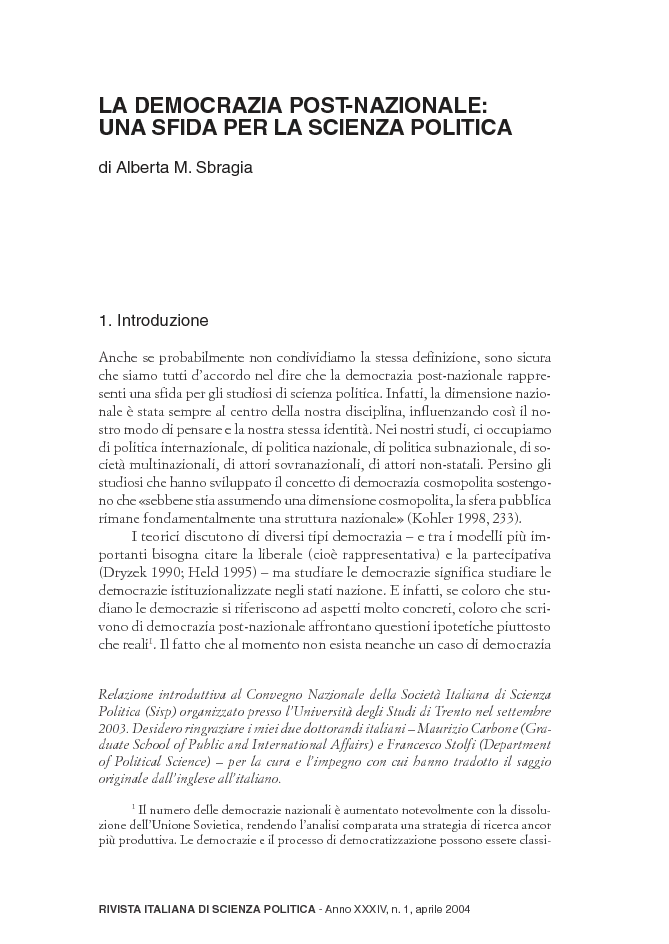