S.E. Finer owed much to his older brother Herman Finer and his Oxford tutors who persuaded him to study both Politics and History. The paper traces his intellectual development including a short period of Marxism, a thorough reading of Pareto and an intensive dialogue with comparative politics scholars in the US. He criticized the black box model of systems theory as well as the evolutionary bias in comparative development studies. While his early work concerned Britain, his role in heading two departments of politics made him rethink a general political science curriculum. He pioneered the study of the lobby in his book "Anonymous Empire" (1958) and of the military in politics in "The Man on Horseback" (1962). Finer was a gifted teacher. He consolidated his courses in "Comparative Government" (1970). He became highly critical of prevailing beliefs about the British Political system, e.g. "Adversary Politics and Electoral Reform" (1975) and "The Changing British Party System" 1945-1979 (1980). In his retirement, while in dubious health, he wrote "A History of Government from Earliest Times", published posthumously in three volumes (1997), leaving valuable testimonies about methods and concepts. Only a true erudite, fascinated by all aspects of government, could have engaged in such a venture. Finer was a teacher "sans pareil" of both the professional and the layman interested in the ubiquity of government and politics. 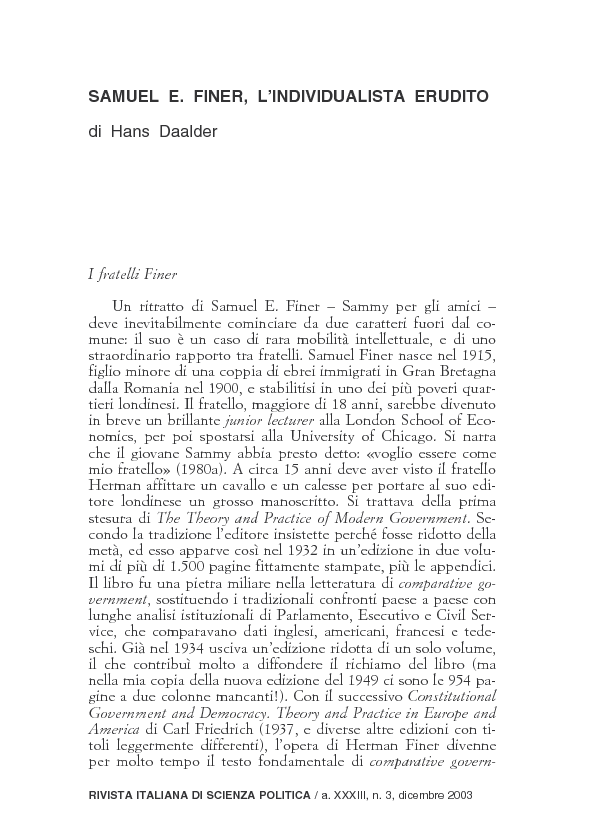