The paper shows the complementarity of two streams of sociological literature on capitalism - namely the global value chains perspective and the varieties of capitalism approach - and contends that their integration may contribute to conceptually advance our grasp of current capitalist organization and dynamic. Among others, such a convergence highlights the density and dynamism of the institutions involved in capitalist regulation, the variety of competition models pursued by firms and their being vectors of institutional contamination, the agency of actors that populate the current institutional architecture of capitalism and, among them, the state. More than questions concerning the reproduction of institutions (or their marginalization/ absence) and the centrality of technological and market imperatives, the analysis is oriented by the dynamic interaction between institutional and economic processes whose conditions, modalities, effects and direction of change need to be observed. The evidence concerning the substantial interdependence between national economies and the development of transnational networks of productive relationships calls for the consolidation of a research programme that combines the study of companies in different countries, sectors or markets and the new logics of the transnational economy. The ultimate aim of the paper is to intensify the dialogue between compatible strands of alternative comparative capitalism theorizing. 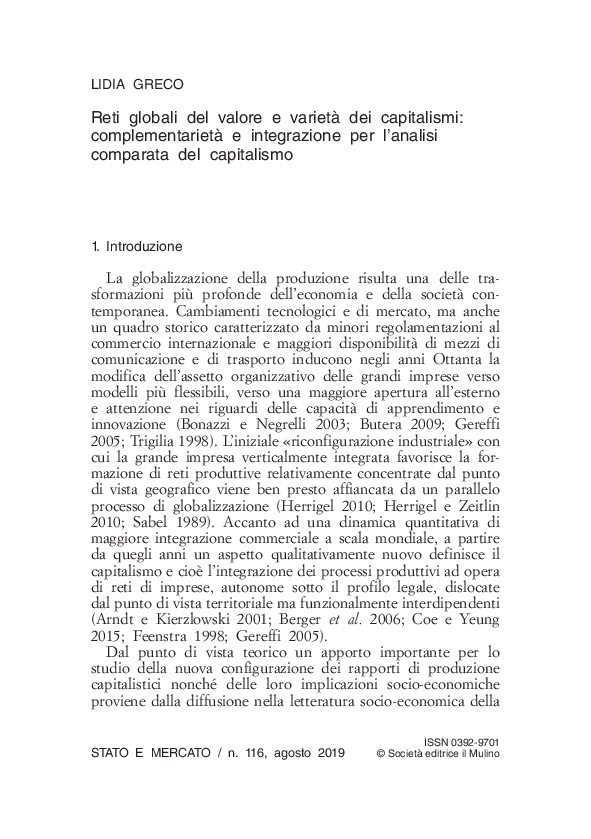