This essay examines the crisis of the second half of the 70s and the .great transformation. that led to the neoliberal regime. Its working hypothesis is that only by understanding the reasons for the crisis of the Keynesian-welfarist model and the success of the neoliberal model is it possible to acquire elements to interpret the current situation and its resilience despite the obvious difficulties it suffers from. The crisis of the Keynesian-welfarist model are investigated with a .methodological individualism. approach, that is, focusing on the dynamics of the individual actors that ultimately lend legitimacy to social and state institutions. With the same approach, the essay then examines the characteristics of the neoliberal model, their development in the 90s, and how such a regime could be established democratically, relying on a broad consensus that failed only after the severe crisis of 2008. The analysis identifies the reasons of this success in the ability of the neoliberal narrative to transform envy from a negative feeling into the cement of a new social order, which exalts at first individual emulation, but turns into resentment when the prospect of infinite growth breaks down. The last section, starting from the results of the above analysis, proposes a first reflection on possible exit solutions from the neoliberal regime and its crisis. 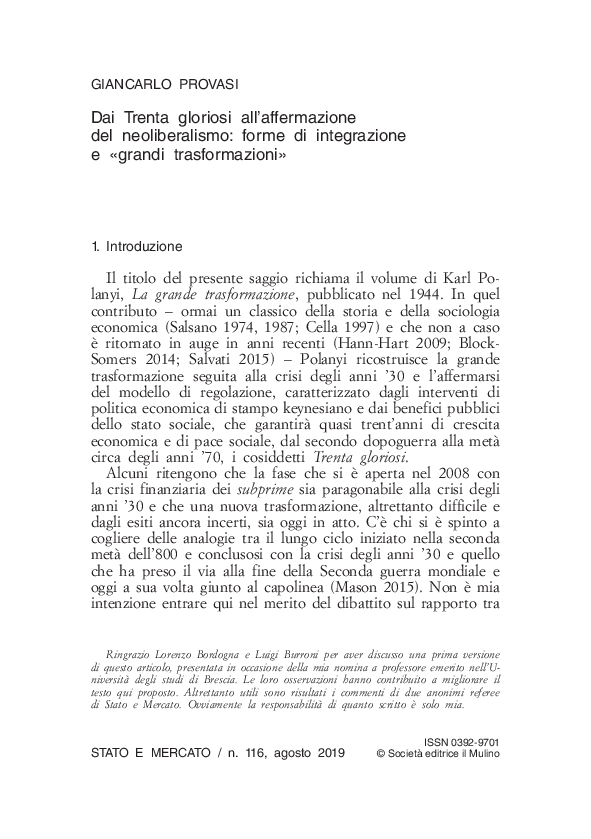