The contribution reviews the essays in the present Stato e Mercato issue. It underlines the three main conclusions the various essays reach. First, the ongoing utility of the concept of social class in order to study social inequalities in Italy (and beyond). Second, the rise of already high social inequalities in Italy in the last quarter of the century, following a non-linear temporal pattern. Third, a closer and clearer focus on the «losers» of the transformations in the last decades, concentrated in the working class and other social groups (e.g. migrants and workers). The last part of the contribution develops a set of ideas on how to foster future research in the field. 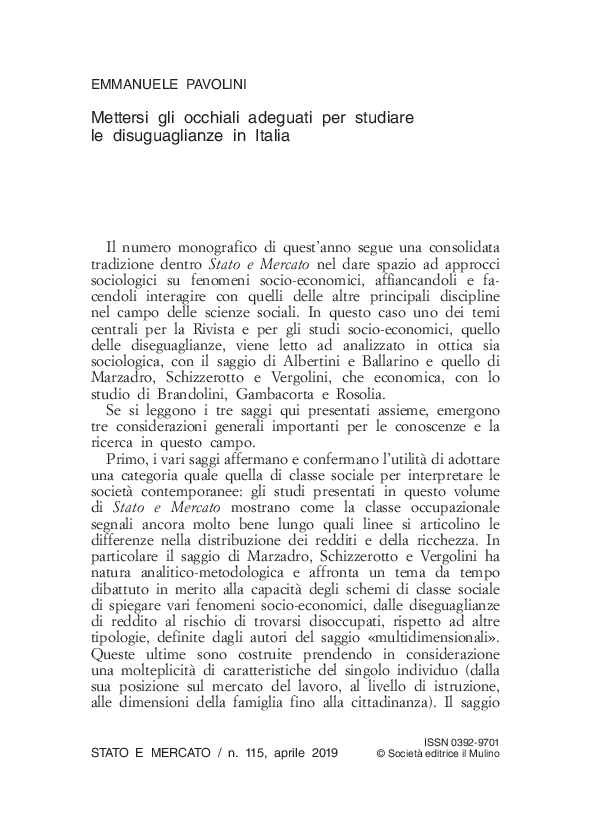