The paper summarises the basic features of the long-standing debate between authors maintaining the persistence of social classes in contemporary advanced societies and the authors stating, on the contrary, that social inequalities are deeply fragmented or even individualised. Then, it outlines the reasons why this debate should be taken again by Italian social scientists. Subsequently, the article shortly sets out the basic theoretical foundations of the concept of classes and the main features of the multidimensional typology of the Italian social stratification recently drawn out by ISTAT. In light of analytical considerations and empirical evidences, it is argued that this typology and, more generally, all those of the same kind display a very weak, if any, criterion validity. A comparison between ESEC class scheme and ISTAT typology regarding the capacity of accounting for inequalities in family disposable incomes, in probabilities of being in severe material deprivation ("sensu" Eurostat), and in unemployment incidence rates, is then carried out. By resorting to different (OLS, logit and Poisson) regression models, the paper shows that the class scheme has a greater and sounder construct validity than ISTAT typology and that the former allows to measure the individual effects of possible factor of inequalities different from social classes, while the latter structurally impedes to do that. The article closes suggesting that the thesis of the crystallization of important inequalities around social classes still represents a rather sound research hypothesis, at least in the case of Italy. 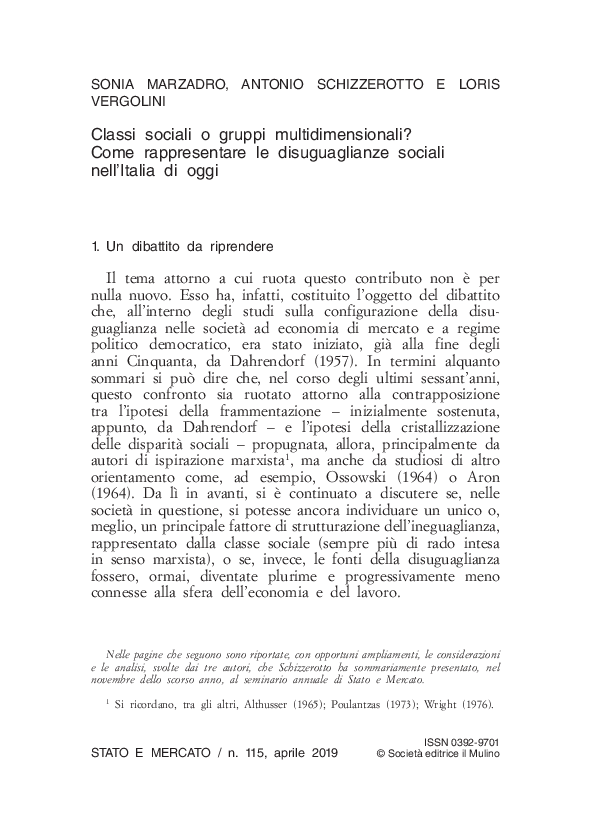