Did Weber foresee the actual development of capitalism in Europe? The answer to this question seems to be positive. As a matter of fact, in his latest writings (1917-1919), Weber delineated some relevant features of contemporary capitalism, and particularly of German «neo-corporatist» capitalism. This is not so, though, as far as the role of «charisma» of the political elite is concerned, which does not seem to play today, in European capitalism, the important role that, according to Weber, it should have plaid. 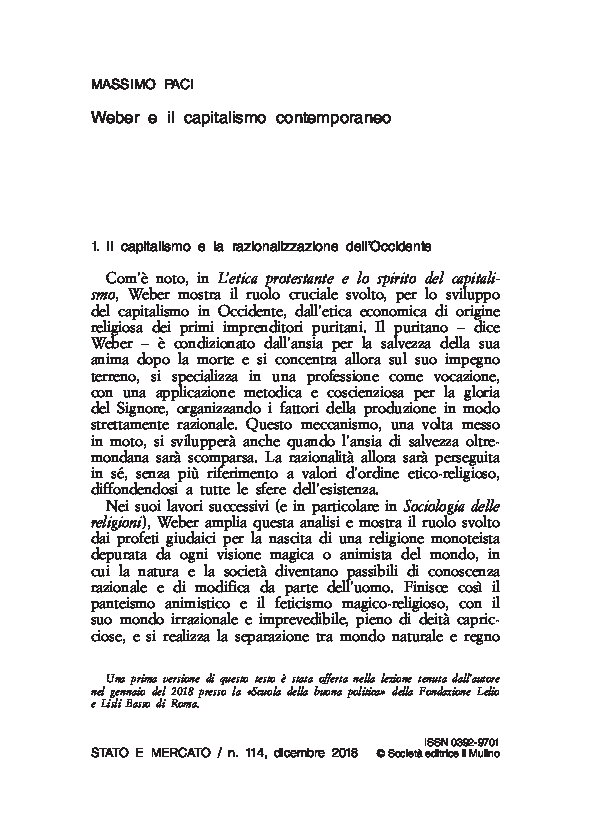