In-work poverty (IWP) received increasing attention over the last years, both in political and scientific debates, not least due to its overall increase. This article documents the diffusion, persistency and the drivers of in-work poverty in Italy from 2000 to 2016, based on the Survey on Household Income and Wealth of the Bank of Italy (SHIW data). In line with recent publications, IWP affects around 10 to 12% of the relevant working population, but it is strongly stratified by individual and family level characteristics, like education, employment position and contract, as well as by the household composition. The presence of a (whatever type of) second income plays an important role for keeping families out of poverty. Moreover, IWP reveals a very sticky phenomenon, leading not only to the accumulation of inequalities but also to their persistency over time. Interestingly enough, the strong persistency can almost exclusively be attributed to structural individual factors and the household composition, rather than to genuine state dependency. The article concludes with a discussion of these findings in terms of policy implications. 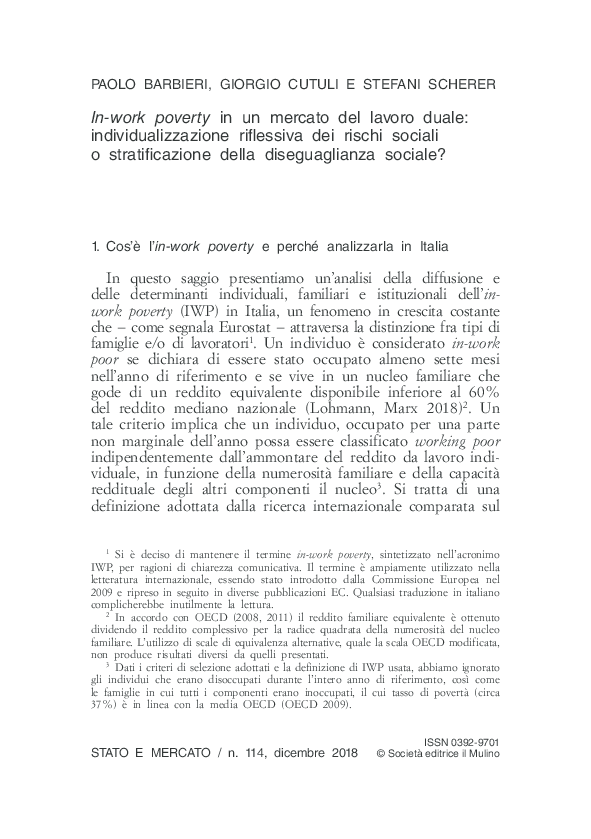