The unexpected reappearance of populism on the political scenario of the last years is at the origin of a widespread and almost obsessive attention both in the political and social sciences, and in the public debate. Less attention was dedicated to the reappearance of the word people. The term is ambiguous and elusive, and for this reason it is seldom employed in social theory. With the aim to appreciate the return of the people, this article considers, following Ernesto Laclau, the processes of representation (and building) of social relations. A spacial determination through the image of «people nation» was researched in order to sustain the process of «people building». The evocation and the mobilization of the people on the political arena has the relevant consequence of overcoming, if not negating, the differences and the particularities at the base of social relations. From this consequence, we discover that sort of anti-pluralism recognized by today's scholars of populist movements, and that goes back to Rousseau and the French revolution. In the last decades, the invention of the people was favoured by the influence of three types of paradoxes: the individualistic paradox, the communitarian paradox, and the egalitarian one. The destiny of this word (people) deserves a great attention, especially by those interested in the future of democracy. 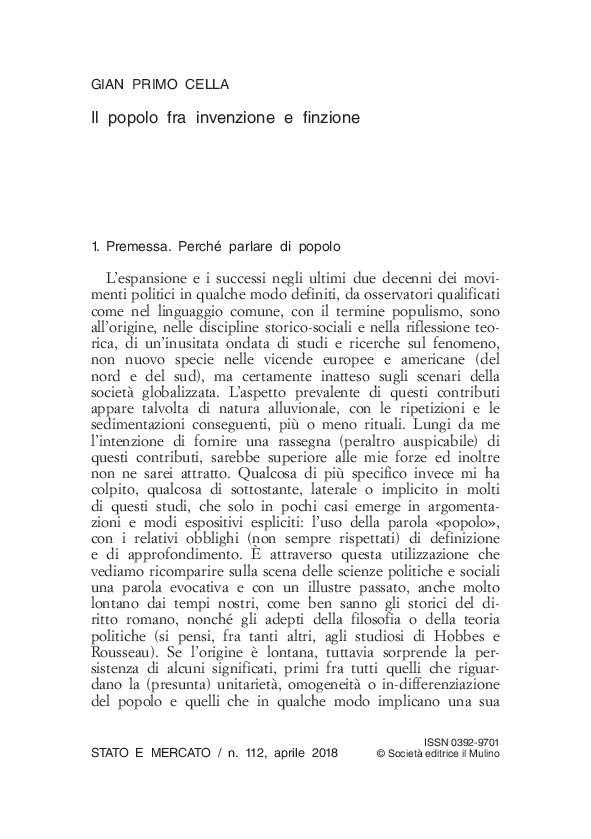