This paper presents an empirical analysis of the political economy of recent labour market reforms in Italy. Through 2011-13 ITANES survey data, the paper analyses preferences for a general reduction in employment protection. Strong consensus for a more flexible labour market comes from self-employed, managers, professionals and craft and shop owners, inactive people and seniors, in line with the insider-outsider theory. Some support from the «outsiders» emerged by unemployed but not atypical workers. Trade union members, left-wing people and people experiencing degrading economic conditions are generally opposed. Lastly, consensus significantly increased in time. Implemented under left-wing led coalition governments and at odds with the idea of socialist parties defending «insiders» unionised workers, we argue that the current incumbents' political strategy is not as paradoxical as it might seem. Comparing our results with findings on voting behaviour in 2013, both the main leftist and centrist parties in the ruling coalition are in fact gaining consensus among some of the social groups that are the most favourable to labour market flexibilisation. 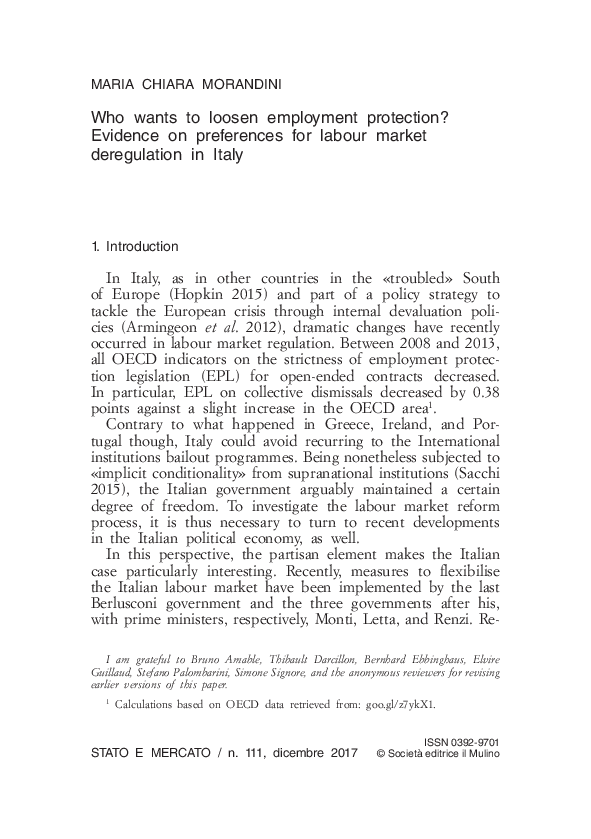