In recent years, employment in long-term care services has increased in all European countries. The potential of these services in terms of job creation has been widely recognised by European institutions. However, this employment growth, although promising, suffers of a wide diffusion of low-paid and low qualified jobs. Moreover, increasing budget constraints are limiting the potential for job creation in public structures, where wages are higher than those offered by private providers, both profit and non-profit. The aim of this paper is to address these issues by considering the emergent relationships between LTC services and policies to boost employment in the personal and household services in Germany, France and Italy. The comparative analysis we propose will try to answer to the following questions: to what extent have LTC reforms contributed to creating new jobs? What strategies have each of the three countries implemented in order to boost direct and indirect job creation? Is there evidence of a discrepancy between «good» and «bad» jobs as a consequence of these reforms? What should we expect in terms of future trends? To what extent are these trends in line with the most recent changes imposed by fiscal constraints at the European level? Finally, to what extent are structural divergences among European countries reproduced and sustained by the national social agendas? 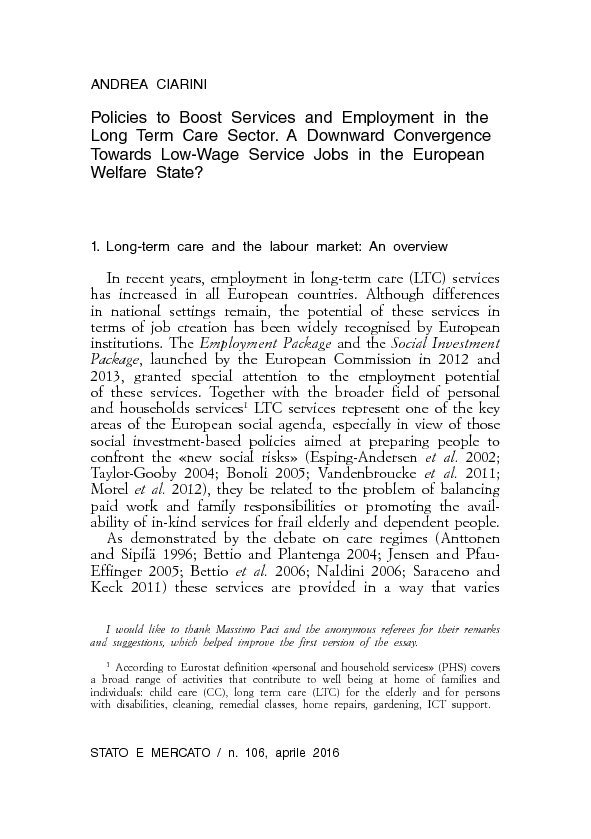