Midway the European 2020 strategy, the goal to reduce poverty and social exclusion seems farther away than at the onset. This is largely due to the long duration of the financial crisis started in 2008, which still haunts many of the EU countries, as well as to the austerity measures set in place to face it. The failure in contrasting poverty and social exclusion, however, has also deeper roots, which were already present in the Lisbon strategy and have not been corrected in the Europe 2020 one. They consist in the almost exclusive focus on employment growth as the main road out of poverty, notwithstanding the increasing number of working poor, the weak and confused governance of EU policies vis a vi the national states in this particular field and the third order status of the goal of contrasting poverty in the EU policy making, with absolute priority given to fiscal consolidation. This priority has been confirmed and strengthened in the «six pack measures» aimed at strengthening the Stability and Growth Pact within the eurozone. 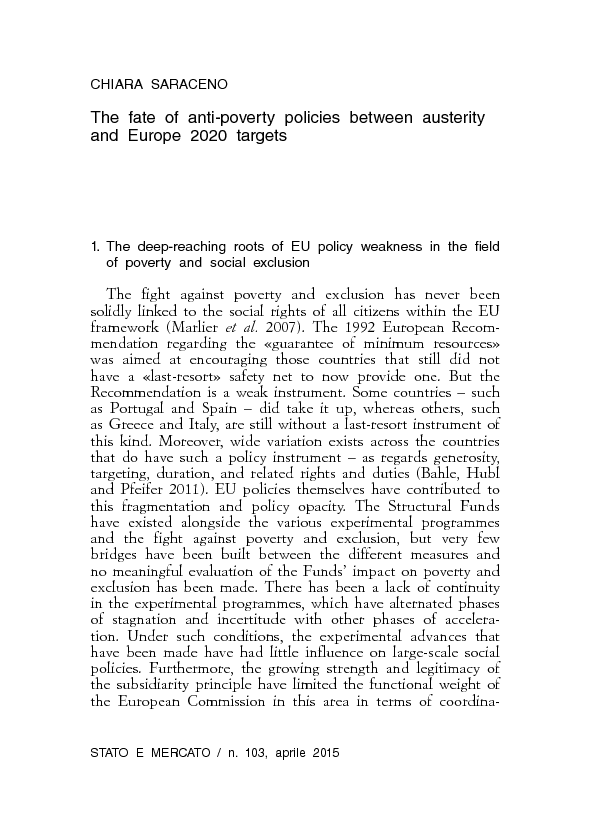