If democratic accountability depends on whether voters have information to assess performance, responsibility can be assigned, and incumbents can be punished or rewarded, then the strategies of politicians who want to remain in office and benefit from a wide margin of manoeuvre will be manipulative regarding one or more of these requisites. But they will have to do so in a restrictive scenario. Obviously the incumbents will face the strategies of the opposition politicians, who want to replace them and who will manipulate the information in the opposite direction. And more generally, a plethora of actors, with criss-crossing interests, will be providing citizens with very heterogeneous information relevant for the survival of the government, related to policies or policy outcomes, but also to strategies of discredit unrelated to performance. The government, as an agent, will deploy its strategies towards two principals. The first is its own party, and the paper explores the role of "party democracy" within the general mechanisms of political accountability. The second is citizens, and the paper discusses three strategies of political survival: concealing critical dimensions of politics from emerging in the public realm (the example chosen is the illegal financing of parties); obtaining the prospective support of the principals (party and citizens) before embarking on a policy course so far unpopular (the example chosen are referenda); winning the retrospective benevolence of voters at election time (the example chosen are economic policies). To show the implementation and success of such strategies, the author uses as illustration some critical experiences of the Spanish socialist government from 1982 to 1996. 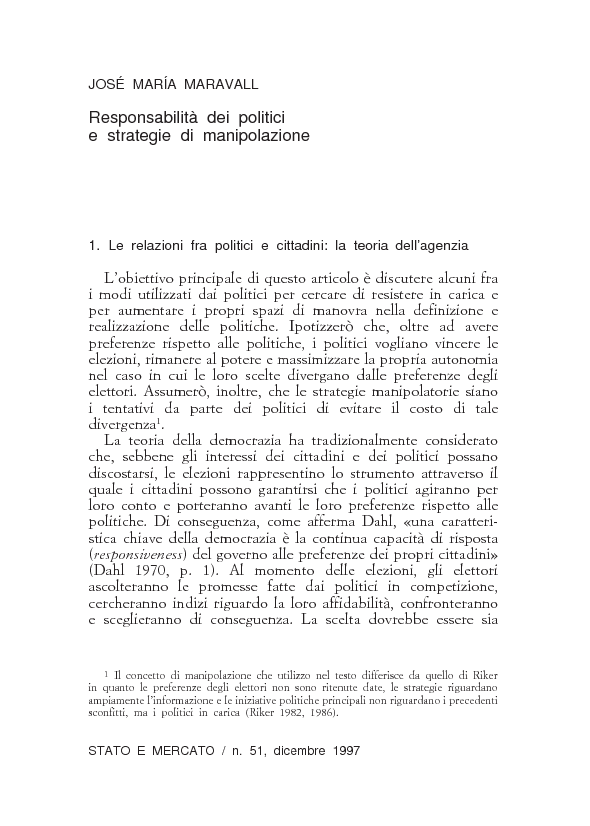