Although in recent years growing interest has been shown by social scientists and international organizations regarding the production of well-being indicators that go beyond GDP, the comparative political economy of developed countries has rarely investigated this topic. This was largely due to the lack of good and comparable data. In spite of this, Osberg and Sharpe (2009) have recently provided a time series cross-section data set of the Index of Economic Well-Being (IEWB) for 14 OECD countries. Accordingly, this article is an attempt to bridge the existing gap between comparative political economy and well-being literature by presenting an empirical study about the impact of partisanship and state intervention on IEWB and its four domains, namely consumption flows, stocks of wealth, economic equality and economic security. An essential lesson can be drawn from the time series cross-section analysis: interventionism, supported by leftist governments, does not promote current prosperity for a «typical citizen», but upholds the future and widespread well-being of most citizens. This because left-wing cabinets and their favourite policies increase stocks of wealth, economic equality and economic security, rather than consumption flows. 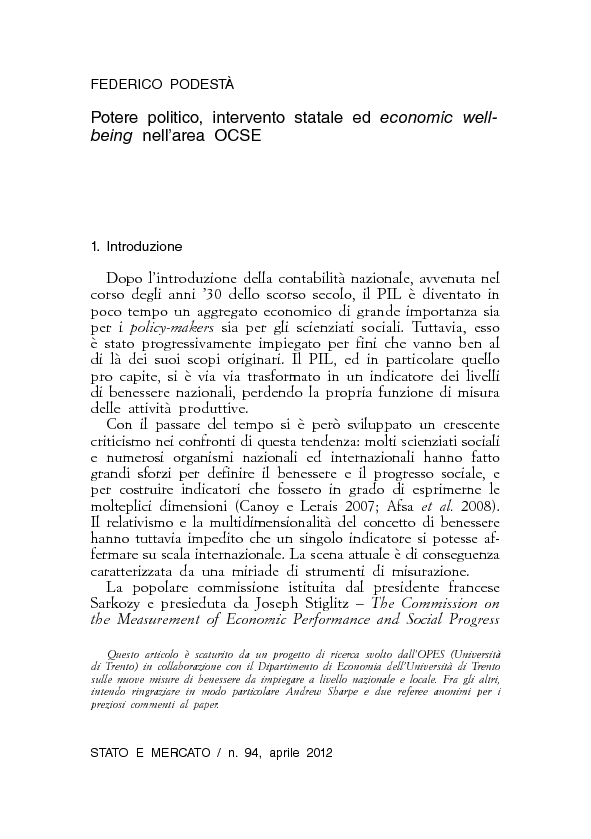