The paper discusses two broad possible future developments of industrial relations in Italy and elsewhere: the decentralisation of bargaining and the factors behind the general weakness of unions in Italy and many other industrialised countries. As for the former it is argued that the developments stemming from the FIAT case, while affected also by idiosyncratic elements, hint at a possible reduced interest among Italian largest firms to manage their own (and their internal competitors') working conditions at the industry level. As for the latter, the fragmentation of production is identified as the key element: besides a weakening of the labour side, affected also by the globalization and the rise in the world labour supply, these trends are increasingly making rather anachronistic many old working rules as established by the unions movement over the previous decades. 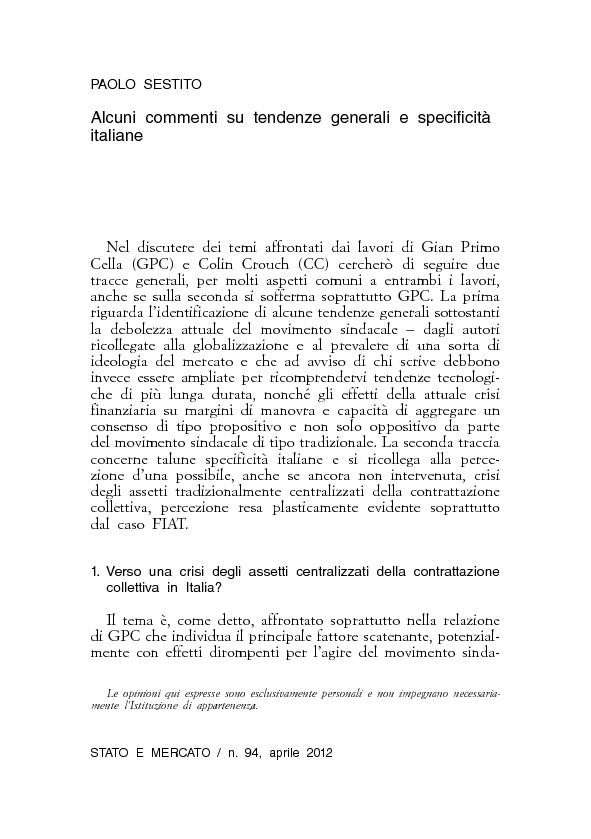