Early school leaving, despite being quite common in Italy, has not been studied much. There is a lack of data and quantitative research concerning its pattern over time, and its relation to social stratification and inequality. The paper contributes to this topic using the first two waves of the ILFI data (1997, 1999), which contain detailed informations on both educational and occupational careers of a representative sample of Italians. This makes it possible to describe the pattern over time of early school leaving in Italy for each level of schooling. The main aim of the paper is, however, to integrate early leaving in the typical research questions concerning the association between social class of origin, education and occupational attainment. The general problem is: what happens if education is measured taking early leaving into account? More in detail, two research questions are asked: a) does the association among class of origin and education found measuring education according to the highest title achieved still hold when early leaving are considered? in other words: is school leaving class-biased? b) does the picture of the transition from school to work change when early leaving is taken into account? how do early leavers perform in the labour market, with respect to both those who do not even start and those who complete a given educational level? 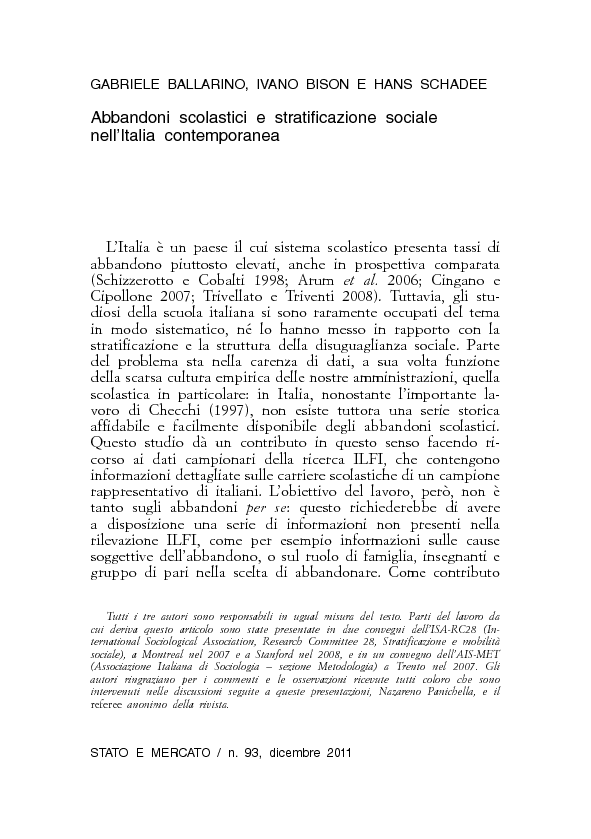