For a long time, modern societies have been determined by a social integration system: the subjectivity of personal versus the objectivity of social positions. According to this model, the integration of actors and system was the keystone of society. For a few decades, this image has been fanding in favour of the notion of social cohesion. Beyond its polvsemous nature, this notion implies change of paradigm: «society» no longer dominates actors, it is the result of their activities. Hence, sociological theories shift from system to actors. Norms of justice trasform themselves in favour of equity and recognition, and society itself is considered as being the result of local arrangements, thanks to social capital and competences. Even though this global paradigm cannot be reduced to a neo-liberal ideology, it nevertheless poses a few problems to sociological theory that this article tries to examine. 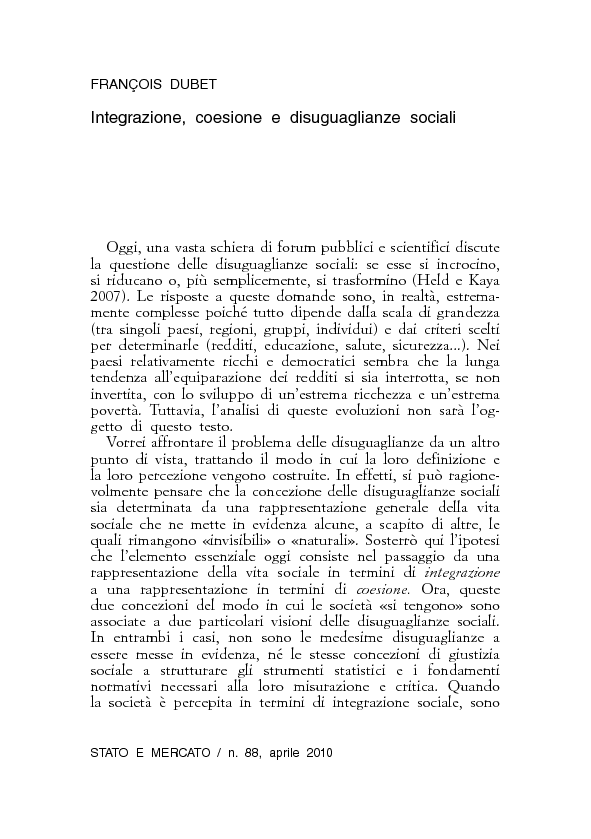