In this article, we present the results of a deliberative polling experiment conducted in March 2007 with a sample of inhabitants of the province of Turin on two issues: the high-speed train connecting France to Italy (TAV) and the right to vote for legal non-EU immigrants in local elections. Following the standard design of deliberative poll, we report several aggregate and individual changes in attitudes. Changes in level of information and policy preferences were significant, but more limited than in comparable local deliberative polls. However, the experiment revealed another, different, set of changes in the normative and cognitive beliefs related to the legitimacy and technical merit of the arguments held by those whose ideas the respondents do not share. In particular, the views that were contrary to the prevalent climate of opinion were perceived, after the experiment, as more legitimate and more grounded in significant empirical or normative arguments than before. These results point to the importance of a deliberative environment that allows for a balanced and egalitarian discussion in which opposing arguments can be assessed and the implications of different alternatives explored in greater detail. Such an environment encourages dialogue between majority and minority over controversial issues and it fosters mutual respect among opposing parties and greater understanding of opposing views and arguments. 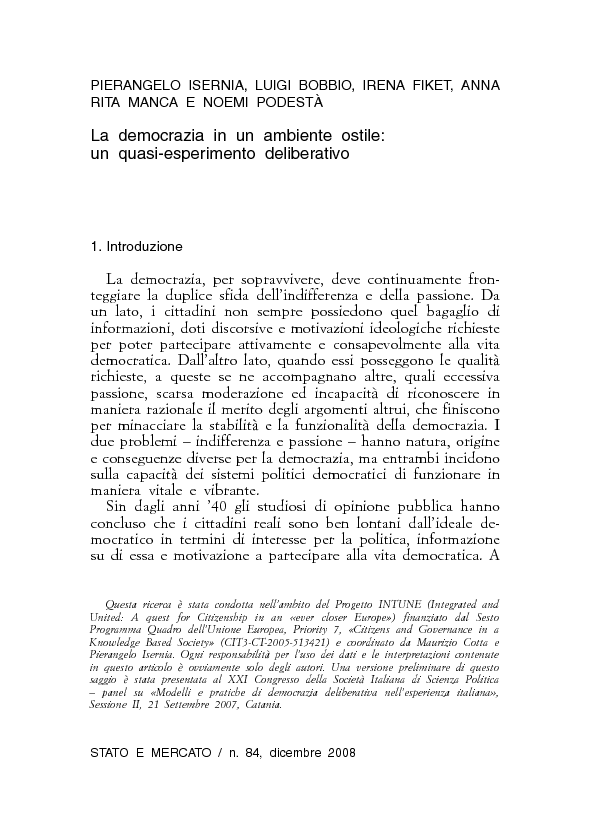