The paper explores different aspects of the relation between family economic and demographic characteristics and the inequality in the distribution of incomes. First, it explores on the changes, from 1977 to 2000, in the redistributive power of the Italian families. The results indicate that the equalising power of families has diminished since the end of the 1980s. Second, the paper explores the changing relation between family characteristics and individuals' location in the income distribution, it emerges that, in the last decades: i) it has significantly improved the relative economic position of "single elderly" and "elderly couple" families; ii) the economic status of "young single" families has remained more or less the same; iii) the relative position of "young couple plus minor" families has remarkably worsened. Third, the analysis concentrates on the impact of household demographic and economic characteristics on inequality levels and trends. Thus, the decomposition analysis shows that the between component of inequality is much smaller than the correspondent values of the within component, no matter which partition of the population is considered. Considering the impact of the changes in the population composition on inequality changes it emerges that the changes in the demographic characteristics of households has had only a very small impact on inequality levels, whereas the changes in the population composition in terms of household economic characteristics have significantly affected inequality trends. In particular, the changes in the ratio between income receivers and family component and in the occupational status of the female heads have led to an equalisation of the distribution. On the opposite the transformation of the structure of the population according to the occupational status of the household male heads has led to an increase in the level of income inequality. 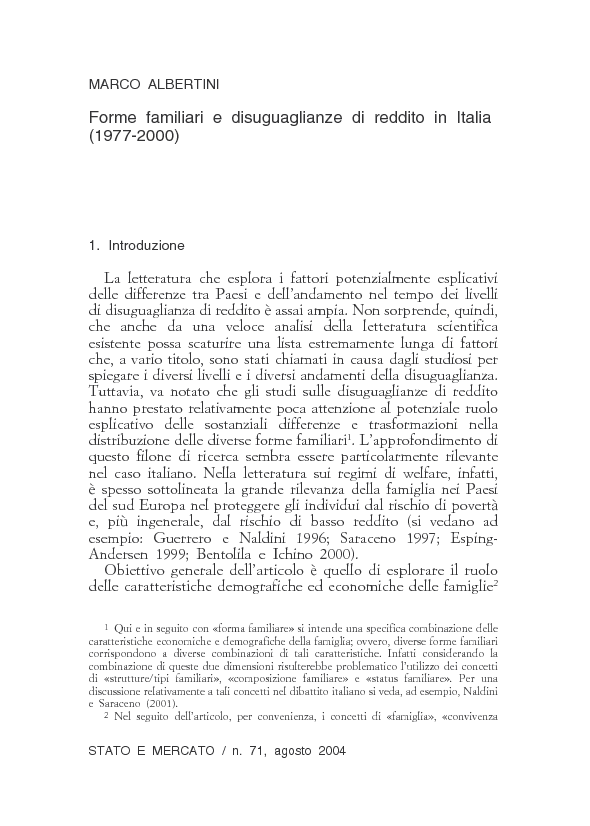