Traditional comparative typologies of national trade union models, whether based on sociological functionalism or on institutionalism, have a number of limitations that are becoming ever more apparent. They exaggerate the internal coherence, homogeneity and continuity of union types; they neglect the role of cross-border influences, imitation, and linkages; they are still unable to classify unions in post-communist countries. Some typologies have the additional limit of ethnocentrism. This article defends the empirical and theoretical utility of taxonomy, at least when the level of abstraction is clear. However, typologies must be revisited in order to address the existing four limitations. An alternative, transnational typology is suggested, which analytically distinguishes social action from institutions. The resulting "types" point to some unexpected cross-national similarities and intra-national diversity, and for their dynamism deserve the label of "styles" rather than "models". Given some structural differences in collective action and association behaviour between small and large countries, the typology focuses only, at this stage, on the six largest countries in the "enlarged" EU: Germany, UK, France, Italy, Spain and Poland. 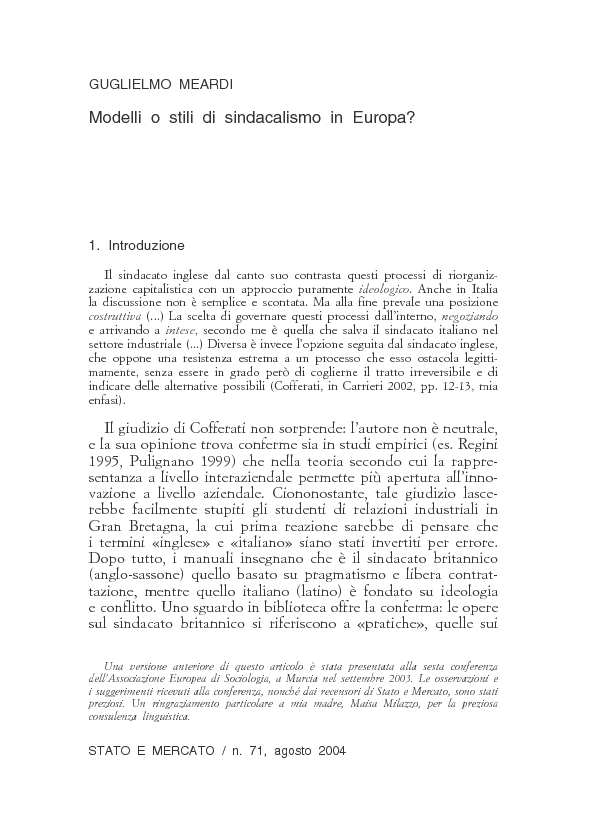