Expulsions for security reasons, motivated by the risk of terrorism, are considered one of the most important tools for preventing terrorist attacks in Italy. Since 2015, in the aftermaths of the terrorist attacks occurred in Europe, their application has been enlarged and strengthened, leading to the expulsion of 355 people between 2015 and 2018. The paper sociologically examines the profiles of the 105 foreign people expelled in 2017, comparing their main characteristics with those of Italian Jihadists. The aim is to verify if expulsions are primarily a way to control migration or a tool to prevent terrorist attacks. Deconstructing the discursive link between migration and radicalization, the paper shows, on the one hand, how security policies are often used as a rhetoric tool to sustain political discourses of migrants’ exclusion and, on the other hand, how the arbitrary of the definition of «security» is used to hide the discrepancy between security policies deployed and the prevention of Islamic radicalism, in the sense that the former do not deal with the real causes of the latter. 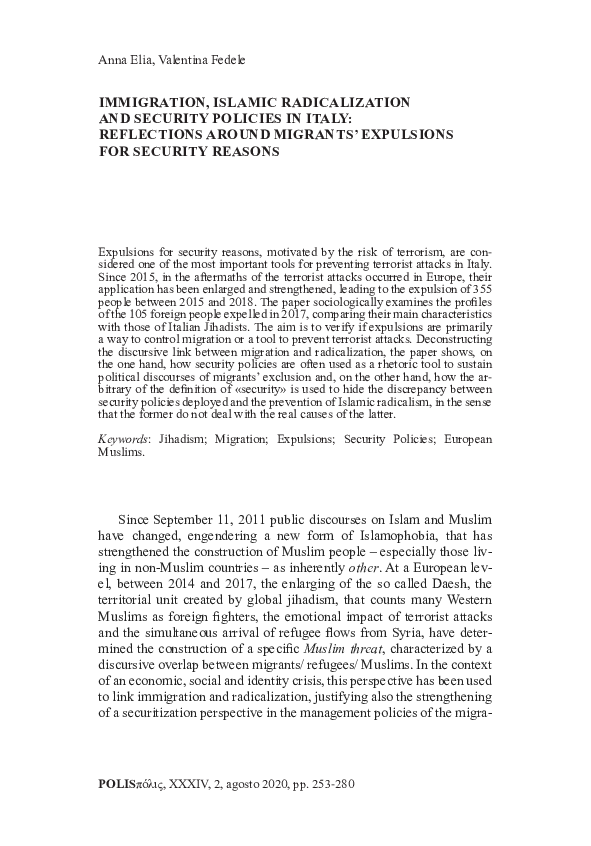