During the last years, mainly because of the dramatic economic crisis that affected the Eurozone, the process of European integration has been seriously questioned from a significant part of the public opinion and different political forces, which are becoming more and more relevant within their own countries. Also for what concern our country, several studies demonstrated a growing popular distrust toward EU institutions, but also at the elite level the «euro-enthusiasts » are continuously decreasing. As a consequence, the paper intends to analyse the attitudes towards the EU of current Italian MPs by means of the data collected in the months preceding the European elections of May 25th 2014 (and the month immediately after) on behalf of the ENEC (European National Elites and the Crisis) comparative project: an elite survey based on a representative sample of 80 deputies sorted by gender, years in parliament, and parliamentary party group. The findings confirm that most Italian MPs are largely dissatisfied with the current functioning of the EU system, but still they feel very attached to Europe and, rather than asking a step back on integration, they wish the allocation of a growing number of policy competences to EU institutions. 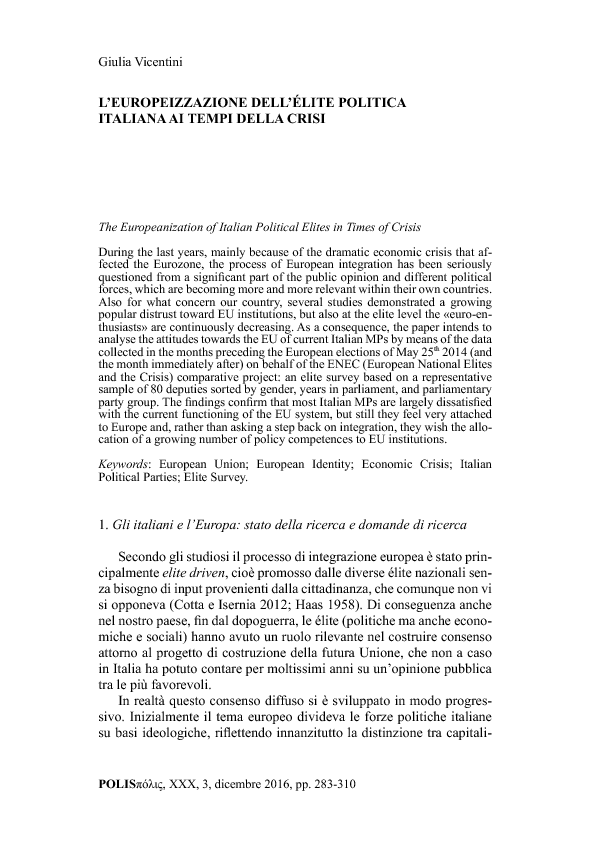