In a gender perspective, migration has been interpreted either as an event penalising women's job careers, subordinated to those of their male partners, or as an opportunity for emancipation and gender role redefinition. Two distinct figures are at the centre of these studies, i.e., married women who follow their migrant partners (so-called «tied women») in the first case, and female first migrants in the second. Far less attention has been devoted to how gender relations can be affected by the intersection of two particularly stressful life-course events such as migration and marital separation. Even though a few studies have observed a significant correlation between these two events in the lives of international migrants, implications in terms of gender roles redefinition appear contradictory. This article contributes to the analysis of the relationship between migration, marital separation and gender relations on the basis of the analysis of 121 life histories of divorced or separated female domestic workers in Italy. By adopting a multidimensional perspective on gender relations, considering both women's roles in the family (from mainly wife and mother to sole breadwinner) and gender models of reference (more oriented towards the traditional family or individual autonomy), we point out how the impact of the two events - migration and separation - is open-ended and can lead to different and unexpected redefinition paths. 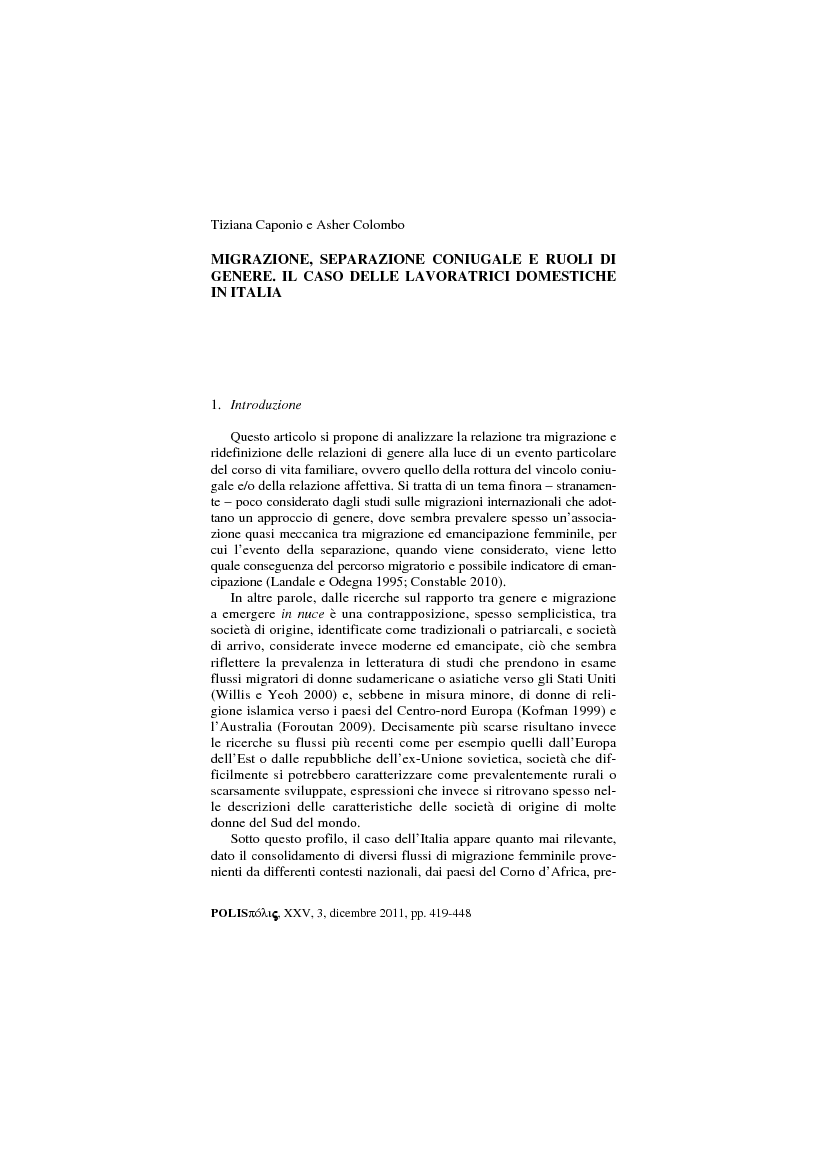