The division of chores and household responsibilities between partners is the topic of a wide and steadily growing literature. However little attention has been paid to understanding whether the division of household work is transmitted through generations via the socialization process, as postulated by a theoretical perspective that, generally speaking, refers to social learning. Socialization effects are either taken for granted or considered as irrelevant, although sound empirical evidence is still lacking. This article aims to ascertain if and to what extent parents'division of domestic labour has an effect on adult children's behaviour. Quantitative analysis is based on survey data collected in the Turin metropolitan area within a study about perceived fairness. Results clearly show that the hypothesis of an intergenerational transmission of the division of domestic labour holds neither for men nor for women. Among the former, the effect of the parental model seems to be insignificant; amongst the latter, there is an effect that is inconsistent with the theoretical perspective under examination. Therefore socialization proves to be a weak explanatory element among factors that regulate the division of domestic labour. 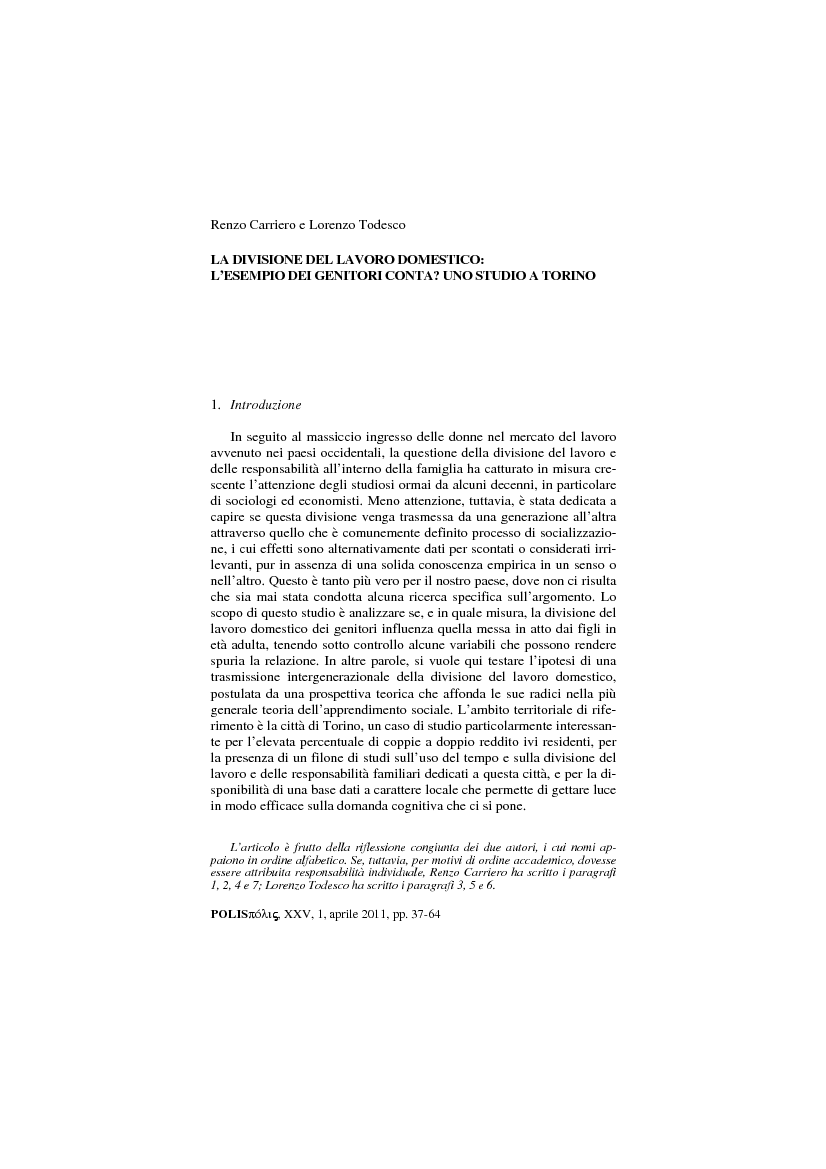