The literature on the mafia is for the most part episodic, with no theoretical references, characterized by too many stereotypes, and subordinated to the market economy. In order to seriously study the mafia, a first fundamental step is to evaluate correctly prevalent ideas of it, formulate pertinent hypotheses and verify them through research. This is what the «Centro Siciliano di Documentazione», founded in 1977 and later named after Giuseppe Impastato (an antimafia activist killed in 1978), has tried to do by developing the «Mafia and Society» research project. Studies on types of homicides, mafia-business relationships, international drug trafficking, globalization of organized crime, ideas of mafia, the history of the mafia and of the fight against it, and the role of women within the mafia have confirmed the initial hypothesis of the mafia as a «paradigm of complexity»: the mafia is the result of interacting factors, including crime, illegal accumulation of wealth and power, a specific cultural code, and social consensus. It is, therefore, a criminal organization and a system of relationships at the same time, a social bloc that embraces all social classes, with the prevalence of the so-called "borghesia mafiosa" (mafioso middle class). This analysis has long been isolated and reflected a minority view, but it has proven to be the most adequate for comprehending the role of professionals, entrepreneurs, public officials, and politicians in sharing "mafiosi" interests and cultural codes. 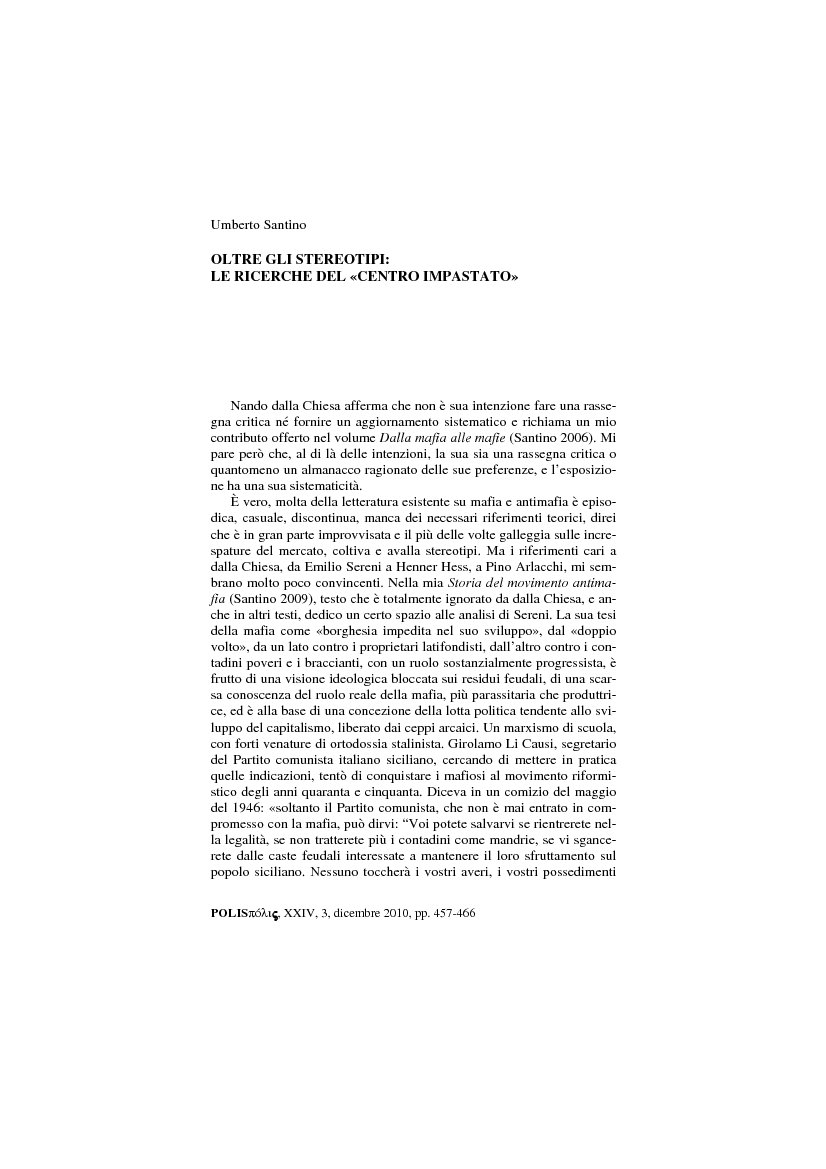