Attendance of Mass is usually recorded by way of surveys which pose direct questions regarding one's frequency of attendance over a predetermined period of time, generally a year. Various studies have, however, questioned the validity of this method, saying that it significantly overestimates the effective attendance rate. This article's intention is to compare available information on Mass attendance drawn from two different types of research, both of which were conducted by Istat (the Italian Institute of Statistics): on the one hand, statistics from surveys (multipurpose surveys conducted between 1993 and 2002); on the other, statistics drawn from studies on time use (1988 and 2002). This comparison has three main objectives: a) to confirm that surveys tend to overestimate effective church attendance; b) to demonstrate that this distortion is not constant over time, but rather tends to increase during the period under study (1988-2002); and c) to draw attention to the fact that this error is not due to factors that are already known, such as social motivation and/or the choice of answer given by the participants in the surveys, but also a product of the way the questions themselves are structured. Finally, analysis of available data according to age group and generation allows us to develop hypotheses on past and future trends in Mass attendance in Italy. 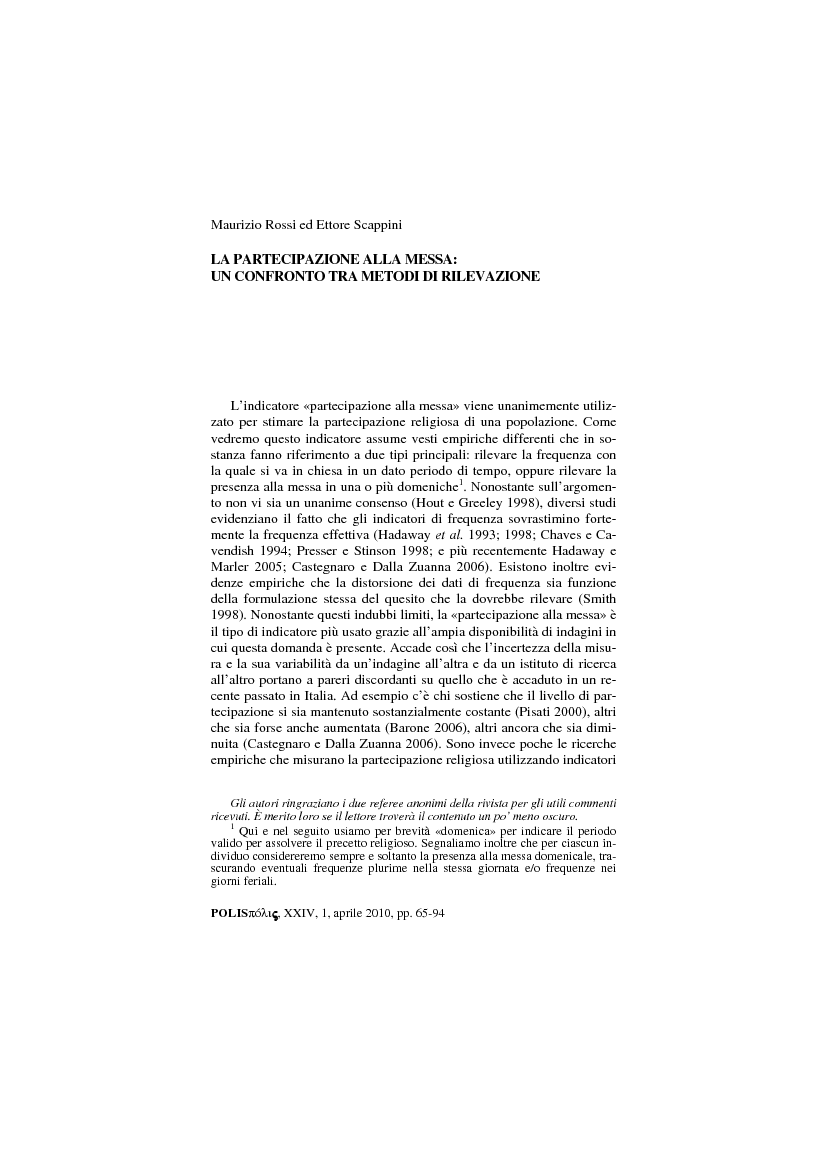