The article analyses the evolution of the relationship between voting choices in Italian political elections and six structural factors: social class, religion, geographical area, age, gender, and education. The time span considered consisted of the forty-year span stretching from 1968 to 2008. Analysis of the six factors was conducted with the same technique, thus permitting the comparative assessment of each variable's effect. Results confirm that all the factors taken into consideration, but especially religion and gender, lost a great deal of their influence on voting behaviour over time. Many scholars have interpreted these results in terms of individualization of political choice and focused their attention on individual cognitive processes in a rational choice framework. This interpretation is criticized in the article, which emphasises the need to identify new and meaningful social entities as sources of political identification. To achieve this goal, studies should focus on personal relationship networks as fuzzy categories of identification and lifestyles as forms through which these identifications are expressed. 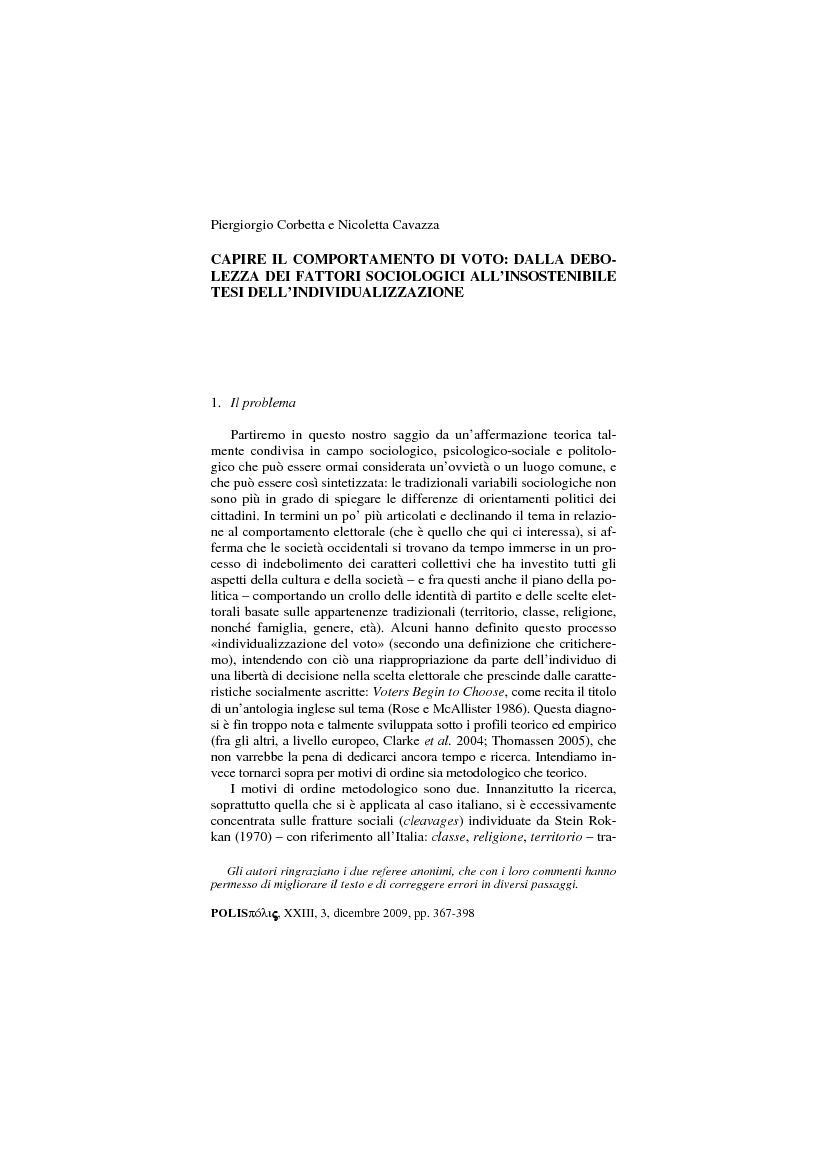