In this reply to Barbera's critical comment, we further specify our proposal for a cultural analysis of the mafia. Firstly, we underline that our proposal is far from semiotic or post-modern views of culture as text. It is, on the contrary, rooted in the idea that discourses can be studied as situated practices, embedded in historically specific cultural repertoires and power relations. Secondly, the notion of culture as repertoire is deployed both to bring purposive action back in view and to show that the model of instrumentally rational action is best understood as a normative claim and an "ex post" rationalization. Thirdly, we consider that, while we do not aim to offer immediately useful policy recipes, our approach may offer some help for a higher-level problematization of our political engagement with mafia phenomena. 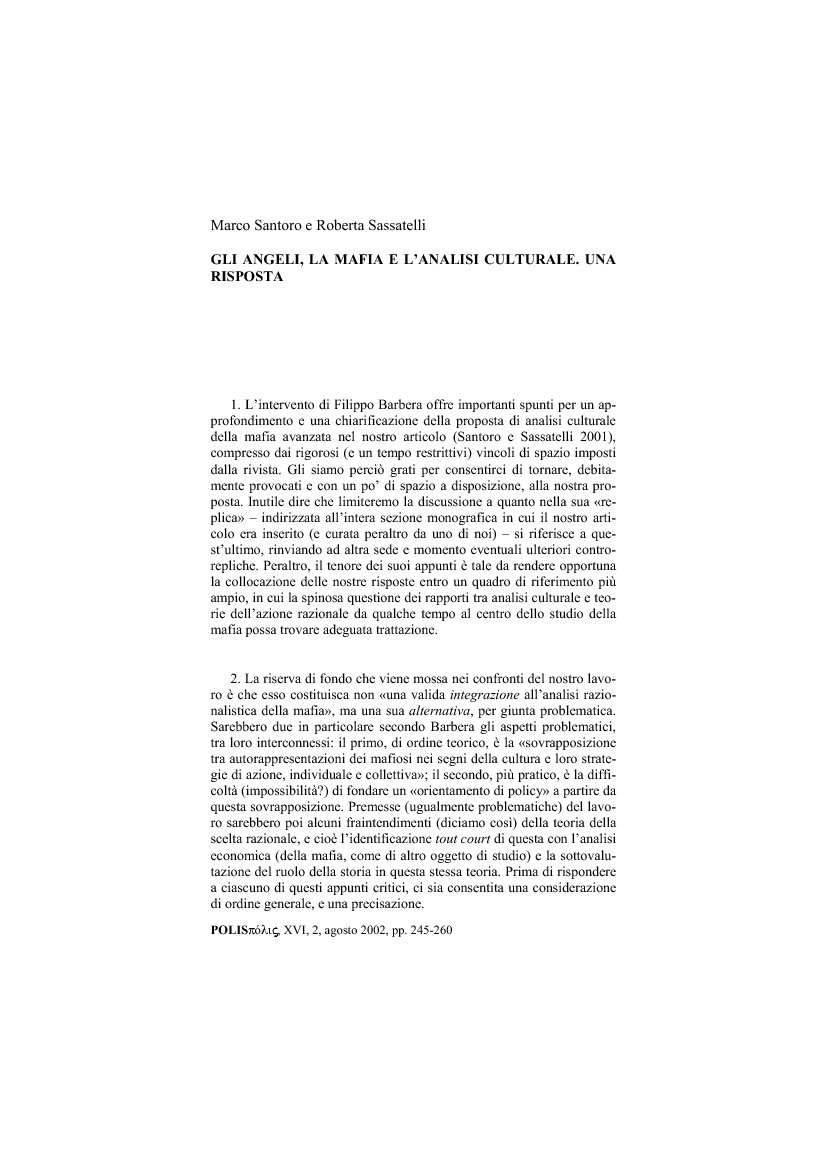