The mainstream interpretation of the relationship between social class and voting portrays a minor impact of social stratification on electoral behaviour. Scholars in fact generally emphasise the interclass appeal of Italian parties and the homogeneity of their electoral base. Employing a large data set, which combines all of the previously available electoral surveys plus the more recent Italian National Election Studies (Itanes) series, and new measures based on log odds-ratios, a stronger level of class voting than assumed in previous studies is found. In contrast to previous and prevailing interpretations, class differences in voting behaviour, though declining, are evident over the period examined. To account for such a trend, it is related to the class-based appeals of parties' policy proposals, measured by factor analyses of their party manifestos. It is found that over time distinct parties' class appeals - assessed through their distance in terms of economic policy platforms - elicit a class response in the electorate, counterbalancing contrasting sociological drives. 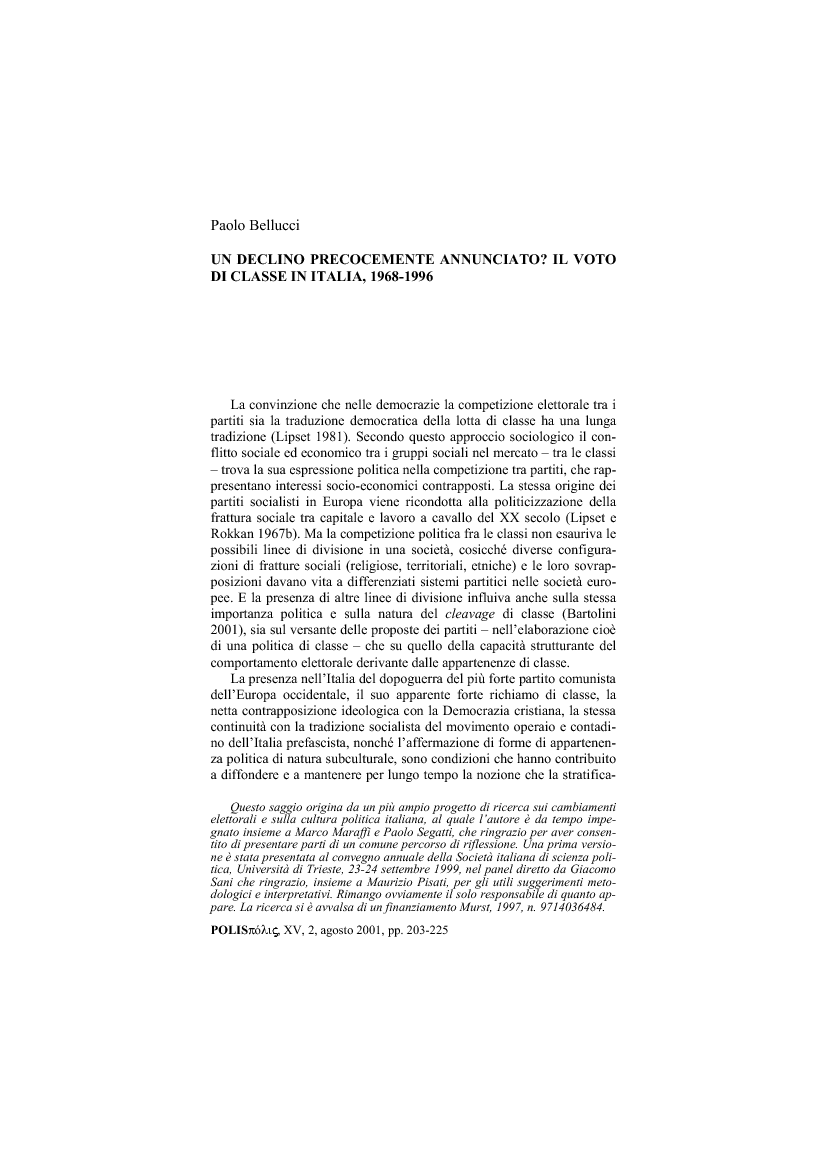