Collective representations of street prostitution practised by foreigners produce an opposition between two cultures: "ours", which defends "human rights of women", sexual freedom, gender equality; and "others'", which represent a traditional patriarchy in which men symbolically own and physically dominate "their" women. Actually, even in our society gender relations reproduce, at least in part, the symbolic violence and the physical domination of men over women. Moreover, some cultural models are less distant than we tend to believe. In markets in which human beings and prostitution are "trafficked", men from richer countries, socialised to sexual reciprocity, participate with men from poorer countries in the exchange of women. Representations of a wide gap between autochthonous and immigrant cultures are a source of legitimacy for not extending "our" universal rights to newcomers, including prostitutes; at the same time such representations conceal conflicts and gender asymmetries inside "our" culture. 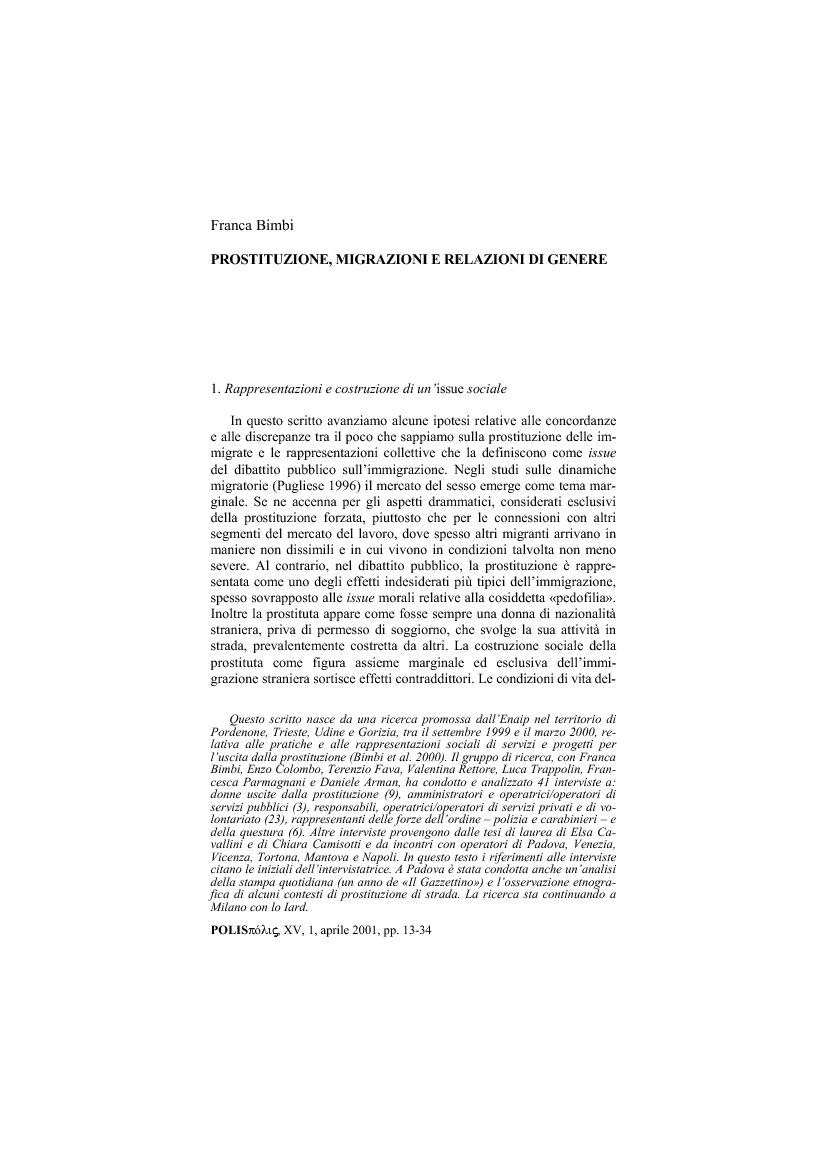