The 1930s saw the beginning, in the industrialised countries of Europe, of a long wave of transformation of popular cultural repertoires and tastes and a mass take-up of new forms of communication, including American popular music and cinema. Despite moderating forces (the Fascist state, the Catholic church and, later, the anti-Fascist parties), the Italian cultural industries carried out an important function of brokerage and exchange between domestic cultural traditions and foreign innovations and styles; helped shape urban cultural repertoires in a period of intense politicisation of public life; and significantly mitigated attempts by political forces to direct people's tastes and aspirations along other channels. This was possible because the industries themselves pursued a commercial rather than a political logic; key figures often adhered to value systems or professional ideologies which created for them a relatively autonomous sphere of operations; the political forces themselves lacked the power or will to direct the cultural activity of private or semi-private firms in a hegemonic way; new cultural styles exerted a strong attraction on consumers. This article examines what happens when one views the period of history, bisected politically by the cataclysmic experiences of the war, occupation and resistance, from the point of view of cultural industries and cultural consumption. 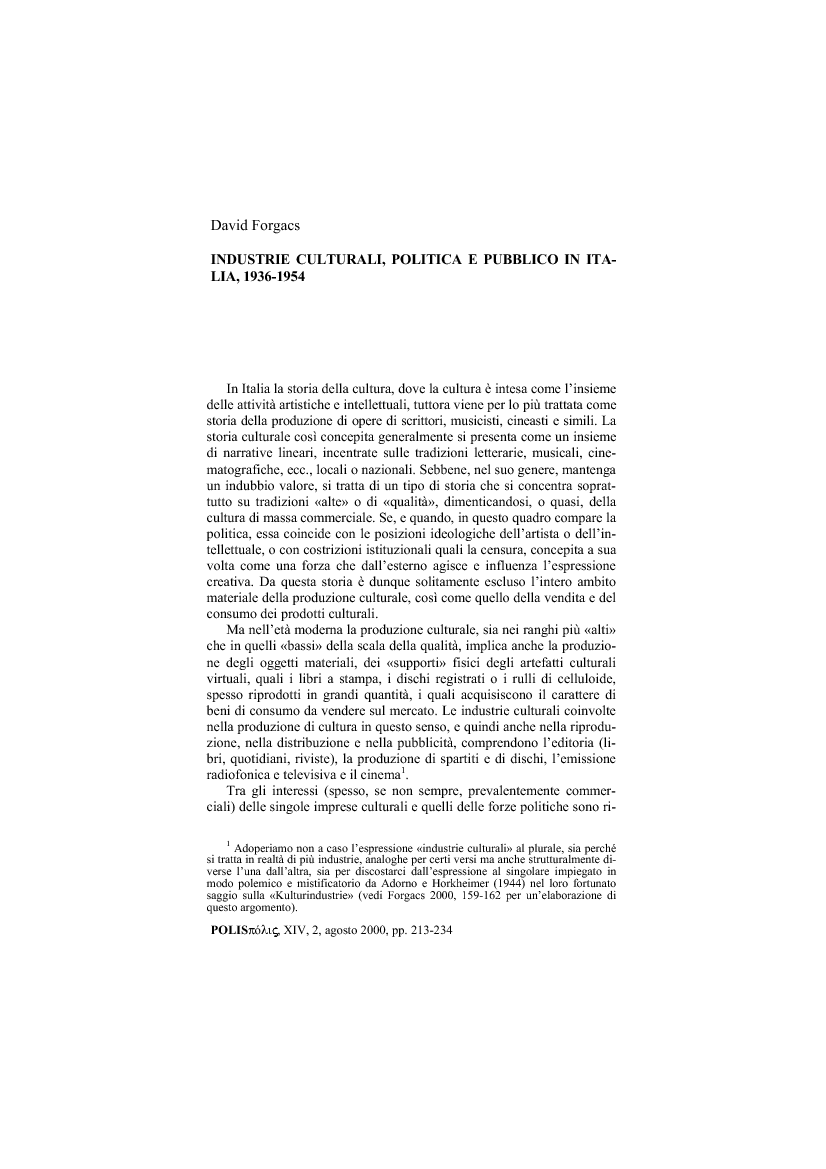