In a country - Italy - where geography is fundamental to social, political, and economic practice, Italian writers seldom organise themselves on a regional basis and Italian writing is seldom published or sold according to regional categories. Groups of regionalist writers are rare, and regionalism has played virtually no part in the discursive organisation of Italian literature. In a nation where regionalism is rampant, literary regionalism is rare. The paper attempts to account for this paradox and consider its implications for the relationship between collective identity and regional culture. The theoretical starting point is to recognise that culture is not autonomous, not the ineffable result of chance and genius, but rather the product of human struggles, organisational arrangements, and economic flows. Discussions of Italian literature and culture in the late-nineteenth and twentieth centuries suggest five potential explanations for this surprising absence of literary regionalism, which can be summarised as the "five I's": illiteracy, intellectuals, ideologies, industries, and Italy (that is, the degree to which Italy represents a cultural system). The article discusses each of these and how they might interact. 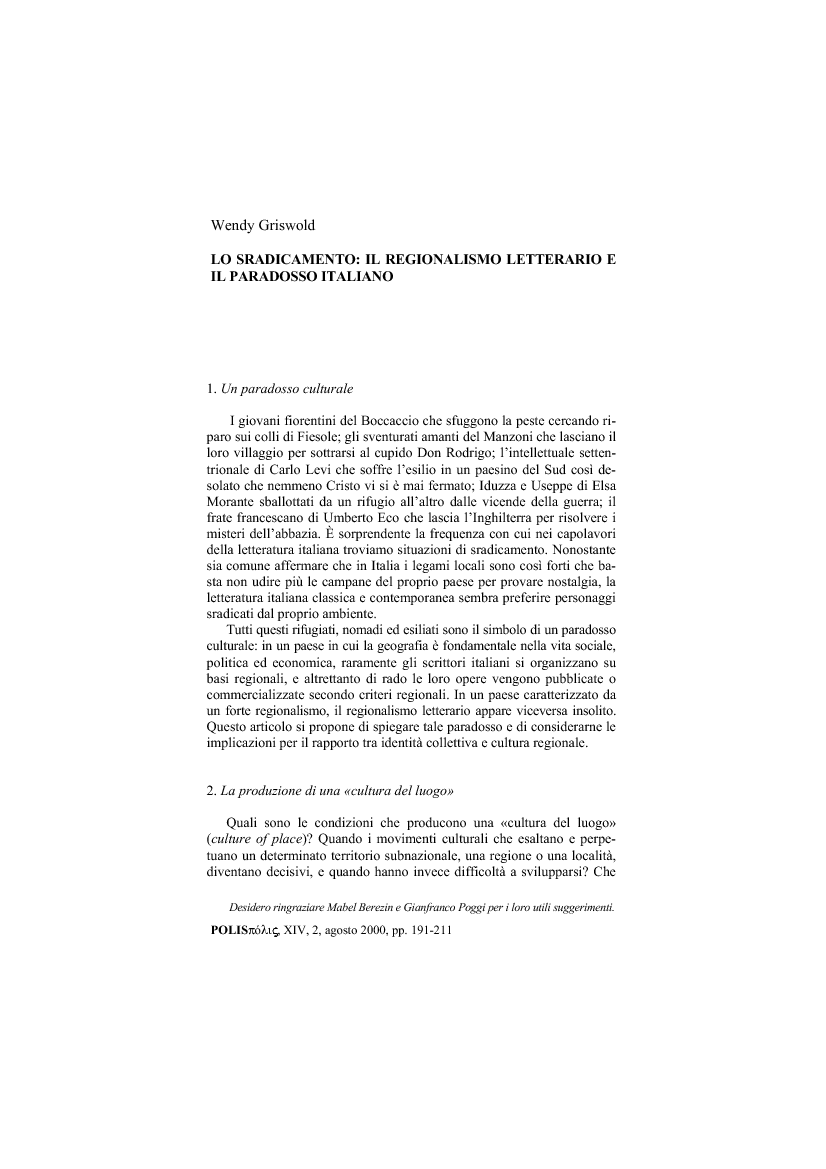