This article, drawing on a preliminary field inquiry on political engagement at a distance within Ecuadorian immigrant community in Italy, discusses the connections between political and other relevant transnational ties in immigrants' lives. Research focusing on the first longdistance voting experience for Ecuadorian immigrants (national elections, October 2006) resulted in the collection of 432 questionnaires in the three Italian cities hosting polls. The sample, though not statistically representative, has allowed a pioneering review of immigrants' civic involvement in the political, socioeconomic and cultural spheres, both "here" and "there", as well as an exploration of the structure, contents and inherent subjective meanings of their transnational ties, in both the public and the private realms. It is contended that immigrants' political participation, in this case at least, has been a matter of persisting selfidentification with the motherland, or of "patriotism at a distance", rather than a channel to exert influence on politics at home, in that their host country does not (yet) recognize expatriates as potential political actors, let alone valuable economic resources. In the context of a recent and poorly structured migration flow, transnational ties are basically a matter of private affection and symbolic self-expression, concerning family members left behind and nostalgia for one's earlier life, rather than a relevant channel of collective action - political or otherwise - linking the public realms located "here" and "there". 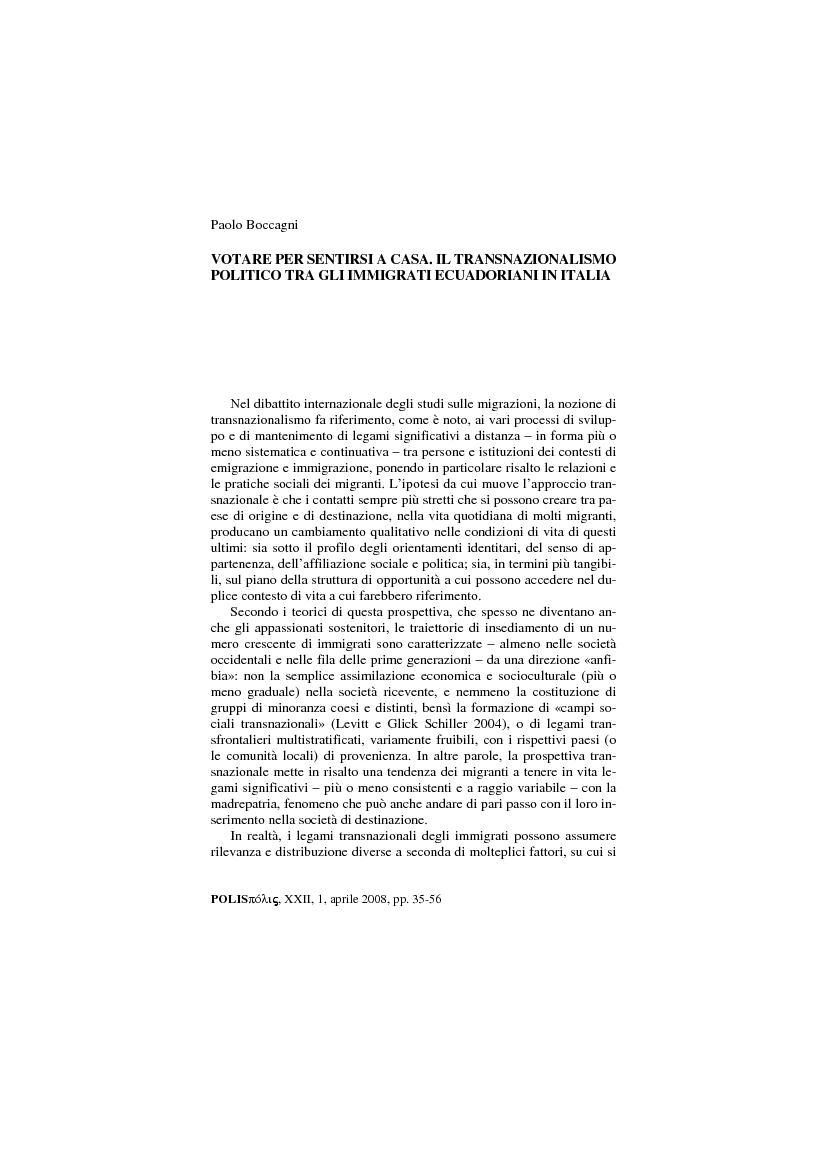