This paper analyses the predictive accuracy of published pre-election polls pertaining to the May 2001 and April 2006 elections for the Italian Chamber of Deputies. After reviewing the varied array of problems that afflict all pre-election polls' attempts at forecasting and examining the most widespread measures of predictive accuracy, the paper illustrates a new measure, A, recently introduced in the U.S. context. This new measure is applied to 69 polls published during the 2001 election campaign and 73 polls published during the 2006 campaign. In both instances, published polls overestimated voters' support for the winning coalition (the centre-right in 2001 and the centre-left in 2006). Polls' poor predictive accuracy is attributed mainly to the following factors: the embargo that prevents publishing poll findings in the two-week period prior to election day, telephone interviewing coverage error due to the high incidence of households having only mobile phones or no phone, lack of screening for probable voters. The new measure of poll accuracy was easy to adapt and apply to the Italian context, where the two major coalitions were used as if they were the main actors of a two-party system. Information given by pollsters remains, however, too inadequate to engage in comprehensive evaluations of the quality of their polls. 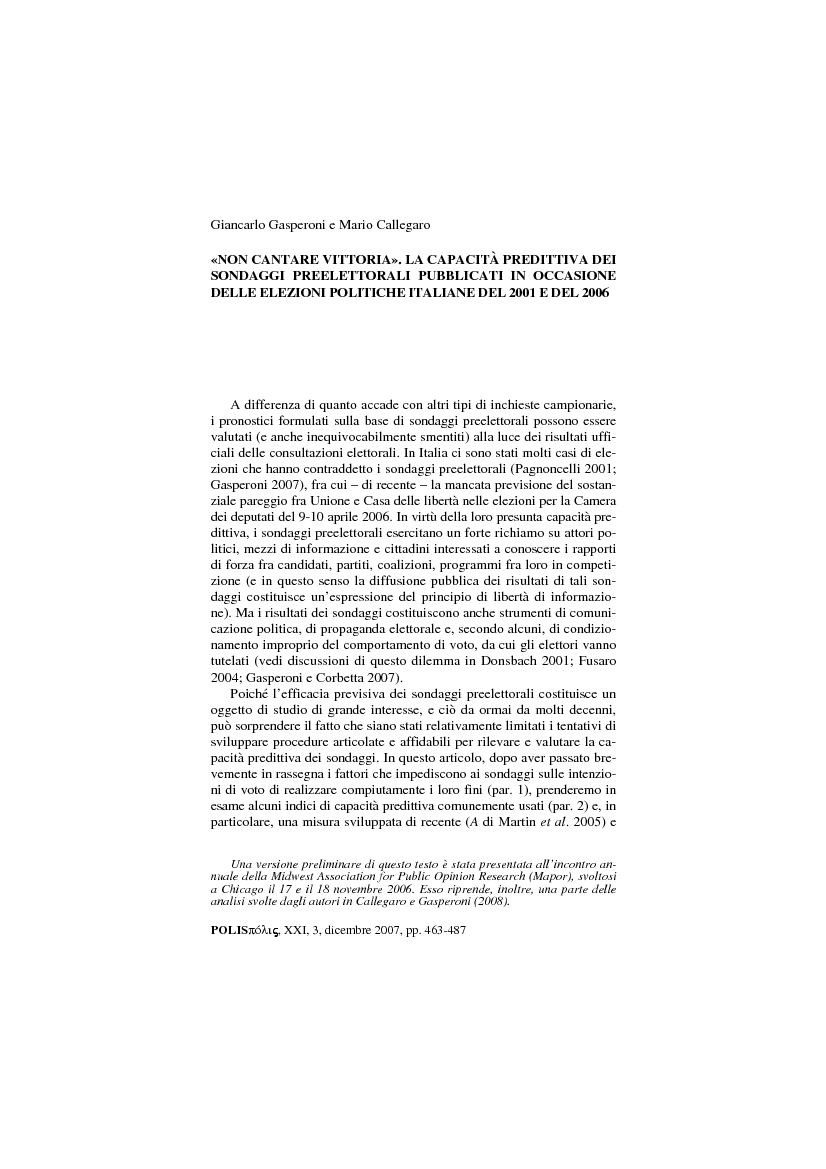