Decline in turnout rates has become more relevant in Italy in the last two decades. In this article we examine two different explanations of the phenomenon: one based on the cultural change of voters, the second focused on the impact of party demobilisation. Data are drawn from the electoral registers, with a large sample and reliable dependent variables (having voted or not). Available independent variables concerns social position (age, gender, education, occupation). Analysis by generation shows that abstentionism has involved all generations without major exceptions, so that the hypothesis of a change due to generational replacement (i.e., more abstainers among young cohorts) is not confirmed. Findings show a connection between social position and turnout: abstention is higher and has increased more among peripheral social groups (younger and older people, women, the less educated). This means that the cause of disaffection among citizens is not primarily a matter of cultural shift, but lies in a structural change which has affected the political party subsystem. 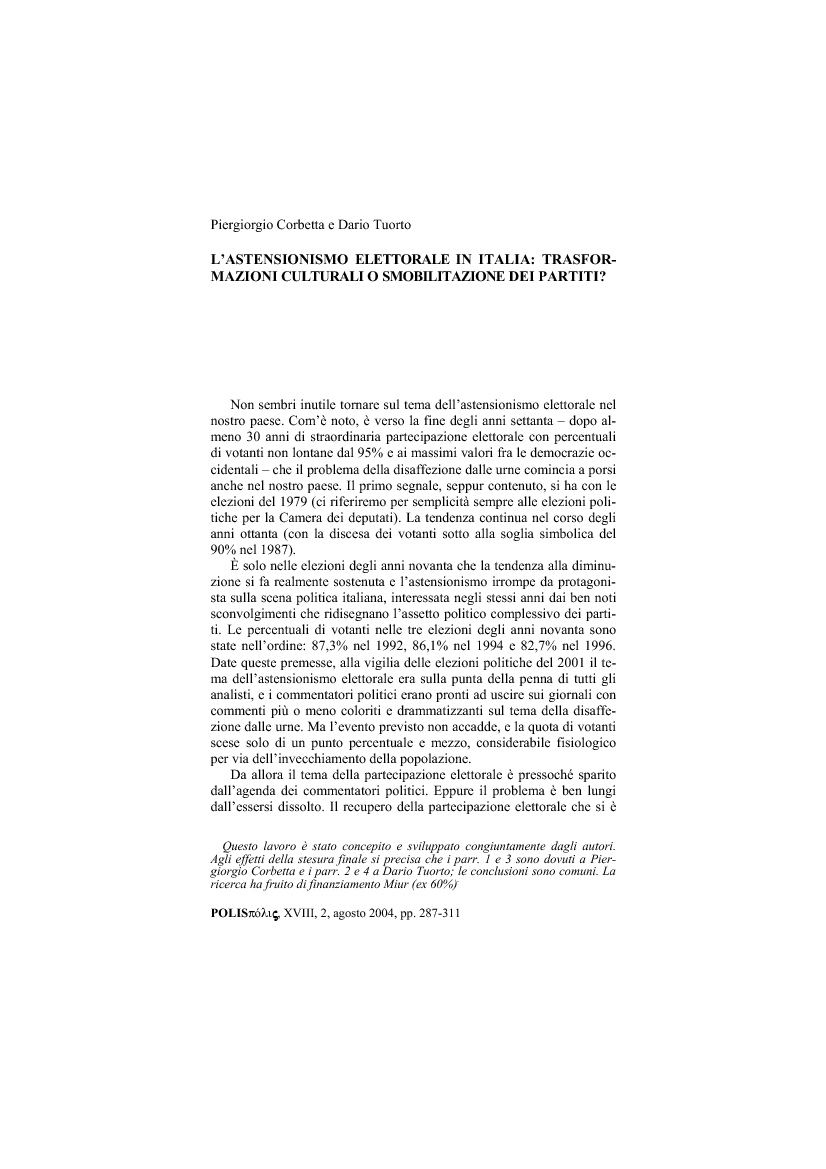